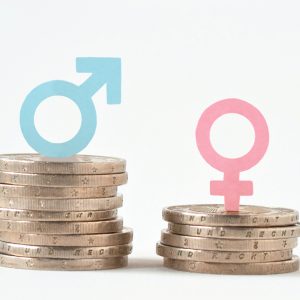 Companies in the UK pay their female staff on average 90p for every £1 earned by men, new figures show.

The Chartered Institute of Personnel and Development (CIPD) found that the construction industry has the largest gender median pay gap, with female employees earning just 76p for every £1 earned by their male colleagues.

In the financial and insurance sector, the median gap is equivalent to women receiving 88p in comparison to men, while women working in information and communication earn 83p for every pound a man makes.

The closest gaps were found in health and social work activities, with women earning 98p for every £1 earned by men. In arts, entertainment and recreation women earn 96p, and in transportation and storage they make an average of 95p.

Overall, the gap between the average hourly rate for men and women has improved slightly compared with last year, from 10.2% in the last reporting period to 9.8% in 2021/22.

Charles Cotton, senior policy adviser for reward and recognition with the CIPD, told The Guardian the “figures show that very little has changed when it comes to addressing the gender pay gap in Great Britain”.

He added: “Employers shouldn’t just report the numbers; instead they need to understand the reason for any gap and be transparent about how they plan to tackle it.”

All companies and organisations in the UK with 250 or more employees are required to file data on their a gender pay gap. However, the annual report does not address the gap in similar job roles, and some high-level executives including partners, as well as some lower-paid workers, are not included in the data.