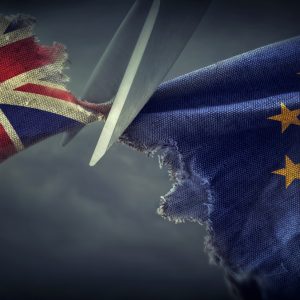 The economic landscape in the UK is currently filled with uncertainty.  Brexit negotiations happened for much of last week, with the UK government finally agreeing to ask the EU for an extension to leave.  However, currently, it is unknown as to whether the EU will agree to this, and if they do what terms will be involved.  Because of this, all currency pairs related to the GBP are volatile, including that of the Australian Dollar.

A Look Back Over the Events Surrounding Brexit

When article 50 was first invoked, confidence in the UK seemed to improve which led to the pound stabilising, although at a lower level than it had been before the Brexit vote occurred.  This confidence wasn’t necessarily because the economic markets believed the UK would be better off out of the EU; it was more because article 50 provided some firm guidelines on when they would leave.  It invoked a sense of stability and knowing if you will.

Shortly after this, Prime Minister Theresa May announced she would be holding a snap election.  Confidence in the UK markets didn’t falter at this news, perhaps because at the time, it was believed the Tory party would receive a larger majority of the vote.  However, as the election campaigns wore on, it became clear that May was unable to inspire the confidence in her party that she had hoped.  Combined with the terror attacks in Manchester and London, the markets became more uncertain, and this came to a head when a hung election was finally announced.  Confidence in the UK hasn’t gotten any better since these events, and with the outcome of Brexit now unknown, the level of uncertainty on the British markets is currently high.  This is impacting all currency pairs associated with the GBP.

Although the Australian Dollar isn’t tied to the UK in the same way as the Euro and the US Dollar, with the Australian Dollar also going through a weak period, many currency traders are currently taking an interest in this pairing.  The pound is currently low against the dollar, but this could all change after the Brexit extension talks set to take place between the UK and the EU.  Should the EU agree to an extension based on some concrete plan, this could once again inspire confidence in the UK.  Of course, crashing out of the European Union with a ‘no deal’ could still lead to the pound remaining low as the economy tries to rectify itself and cope with the situation it is in.

Anyone interested in trading on the current GBP/AUD pair would do well to check out the list of the best forex brokers in Australia on the InvestinGoal website.  These have been ranked based on a number of different factors and all are regulated within the country.

It will be interesting to see how the Brexit talks between the UK and the EU pan out before the end of March and how the markets will be affected by them.