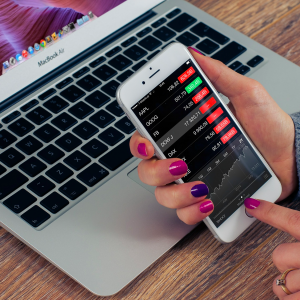 The drawn-out duel between Epic Games and Apple finally concluded on September 10 with the court’s ruling. Epic Games alleged that Apple was running a monopoly via its App Store, and the fees it charged (30%) were exorbitant. However, the ruling said that Apple wasn’t a monopoly.

Judge Yvonne Gonzalez Rogers’ exact words were, “While the Court finds that Apple enjoys a considerable market share of over 55% and extraordinarily high-profit margins, these factors alone do not show antitrust conduct. Success is not illegal.”

The ruling found Apple not guilty on nine out of 10 counts.

Does it mean Apple has won?

The court ruling is a partial victory for Apple, emphasizing that the tech giant has to let developers give customers multiple payment (third party payment) options. Furthermore, Apple has to provide this option within 90 days.

Since the applications are available within the App Store, Apple argued that all listings must only use Apple’s in-payment options. Apple generally charges app players 30% of each purchase while it charges 15% from companies with less than $1 million in annual app revenues.

Apple doesn’t have to make any significant changes in its operations other than allowing developers to integrate third-party payment options with its App Store. The ruling instructed Epic Games to pay Apple its cut that it avoided paying for months. Epic has to pay Apple $3.6 million for violating App Store policy.

However, most analysts don’t see this ruling as having a major impact on Apple’s sales and earnings. According to Plus500’s recent reporting which quoted Morgan Stanley’s Katy Huberty, who said that the Epic Games vs. Apple ruling would have a “minimal financial impact” on the latter. However, Huberty expects the ruling to lower Apple’s future earnings between 1% and 2%.

JPMorgan analyst Samik Chatterjee noted that the decision merely sounds like the kick-off for the rest of the game. Apple’s Services business remains unaffected as the ruling doesn’t recommend any changes in the 30% take.

Chatterjee explained, “Our view continues to be that consumers will leverage payment alternatives in the case of expensive subscriptions and in-app purchases, limiting headwinds for App Store revenues and earnings from what is an otherwise very broad base of applications.”

Noted Apple analyst Gene Munster tweeted that Apple’s sales might decline by 2% in the worst-case scenario while earnings per share might fall by 4%. Munster also claimed that growth returns would return to normal about 18 months after the changes are implemented.

A simple barometer to gauge the impact on Apple will follow its stock price for a week after its annual September 14 event. For the last seven straight years, Apple stock has moved up 1% in the week after the event.

Apple sees the verdict as a win because of two reasons. First, the ruling didn’t challenge Apple’s right to decide what software is permitted on the App Store, and second, it stated that Apple is not a monopoly under either federal or state law.

While the iPhone still accounts for most Apple sales, the Services business is the company’s second-largest segment. Services sales include multiple subscription products such as Apple Music, Apple TV+ and Apple Care, but the App Store rakes in the majority of its revenue.

The App Store generates around 7% of Apple’s total revenue, and it contributes approximately 14% to the company’s bottom line.

The court verdict expectedly weighed on Apple stock that has lost close to 5% in the last five trading sessions. Epic Games has filed a notice of appeal in this case which suggests there is more to come in this saga between the two companies.