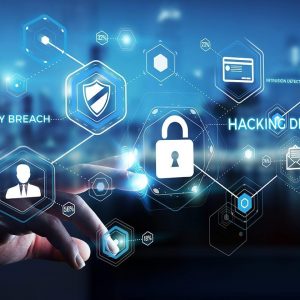 Many major businesses have been hit by cyber-attacks, with Garmin being one of the latest victims. While there has been no official confirmation, it is thought they gave in to the demands of the hackers, paying them a staggering $10 million.

While paying the ransom may seem like a good idea, it’s actually not! Here we’ll look at why you should never pay ransom to hackers.

Ransomware is a type of malware that gains access to your computer. Once it has access, it blocks you from accessing the system unless a ransom is paid.

Hackers claim if the ransom is paid, the data will be decrypted and given back to the business. The main reason hackers use ransomware is to gain monetary rewards. Payment is usually requested in bitcoin format due to the fact that it is harder to trace.

It can be placed on a computer through malicious links, infected software and compromised websites.

Why should you never pay it?

An annual Cyber Readiness Report has revealed that one in six businesses pay hacker ransoms. It also revealed that the highest amount paid in a single attack was $50 million. While it might seem like a good idea to get your data back as soon as possible, there are a number of reasons why you shouldn’t pay.

Firstly, if you do pay, there is no guarantee your data will be returned. Many businesses have paid up only to realise the hacker had no intention of giving them back their data. They can also let fellow hackers know that you paid the ransom, increasing the risk it will happen again.

Another reason not to pay is that it’s really hard to get your money back. As the money is often paid via bitcoin, tracing it and getting it back can be really difficult.

If you are hit with ransomware, it’s best to seek advice from tech law specialist Withers. They can also advise you on how to avoid falling victim to ransomware.

Remember, don’t click on any links within emails unless you know the sender. You can also protect yourself by making sure you have the latest anti-malware software.

Overall, receiving a ransom demand due to ransomware being installed on your computer can be worrying. However, don’t let fear take over. Avoid paying the ransom and seek advice as soon as possible.