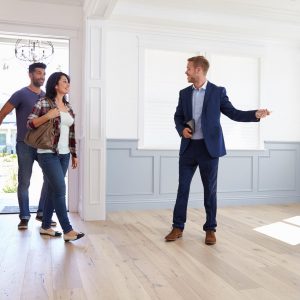 The debate surrounding private tenants being granted the same rights to buy their homes as council tenants continues to rage. The government’s Right to Buy scheme was introduced almost four decades ago, to help lower-income tenants get on the property ladder. Coupled with the growing availability of bad credit mortgage loans, it’s a scheme that’s proved invaluable for many thousands of people who want to get onto the property ladder or raise remortgage funding.

However, A Right to Buy scheme does not currently exist in the UK for private tenants. Irrespective of length of tenancy, private tenants have no formal right to buy their homes at any time. Nor are any discounts available for those who wish to do so.

The Labour party recently spoke of potential plans to force some landlords to sell their homes. Nevertheless, it remains to be seen whether such radical legislation will (or even can) be enforced.

Arguments in Favour of Private Tenancy Right to Buy

The UK’s housing crisis has been blamed on a variety of contributing factors.  One of which being the tendency for investors and landlords to snap up affordable properties, only to then let them out to tenants who potentially would have wanted to buy. Affordable housing inventory has been in short supply for decades, leaving millions with no choice other than to rent privately. A situation that some claim plays unfairly into the hands of wealthy landlords and investors.

If legislation forcing landlords to sell their properties was introduced, it could improve the situation in two ways. First of all, it would result in more affordable inventory being made available for qualifying tenants. Assuming there were restrictions on how much landlords could charge for their properties, more first-time buyers would find their way onto the housing ladder.  Secondly, it would also dilute the appeal of purchasing properties to let them out at elevated rates. Again, leaving more inventory available for buyers who simply want to live in their homes, rather than let them out and make money.

Ironically, a sizeable proportion of the properties being let out at premium rates across the UK are former council properties.  The original tenants have either moved on to pastures new and let them out or sold them to landlords who now let them out

The arguments against a private Right to Buy scheme are perhaps even easier to understand. Viewed objectively, investors and landlords are simply running businesses. They take a risk each time they purchase a property, invest heavily in the upkeep/quality of their portfolio and work hard to generate a profit. Some are accused of profiteering at the expense of tenants, but it’s still a free market business activity like any other.

Does the government, therefore, have any right to intervene? Is it reasonable to simply force landlords to sell their properties at a heavily discounted rate? Or at least, a rate that means they don’t make any profit on the original purchase price?

Were this to happen, it would have enormous repercussions. Many thousands of private landlords would be left out of pocket – some could even be forced out of business. Even with moderate mandatory discounts enforced, the financial toll would be huge. In fact, it’s estimated that the legislation would cost the private lettings industry a combined minimum of £50 billion.

Valid arguments exist on both sides of the debate, though the likelihood of sweeping reforms being introduced anytime soon is minimal.

The legislative process would likely be highly complex and time-consuming, in order to ensure it was fair. For the time being at least, it simply isn’t a priority for the current (or incoming) government. – UK Property Finance