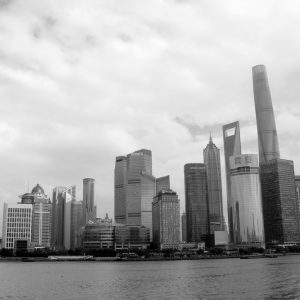 Asia is one of the most powerful parts of the world for any business looking to break into the global marketplace. Not only are Asia’s economies set to outpace those of the rest of the world combined in 2020, but 88% of the next 1 billion people to enter the middle class global market will come from the continent, proving the huge value of Asian consumers. It goes without saying that effective communication is key to making sales here, so failing to engage with the languages spoken in Asia could leave UK businesses excluded from the exciting opportunities in that part of the world.

According to the most recent data from the British Council, Arabic and Mandarin Chinese are among the top five languages the UK needs to know post-Brexit, but a worrying 2% of 18-34 year-olds can hold a basic conversation in these tongues. And given the size of markets like Japan, India and South Korea, languages like Japanese, Hindi and Korean are undoubtedly useful too.

Brits are sorely lacking the necessary Asian language skills, a fact which certainly hasn’t gone unnoticed by businesses. UK translation agency Global Voices notes that the demand for translators and interpreters is expected to grow up to 19% by 2028, and point out that the best people in this field have specific industry understanding and cultural knowledge on top of their linguistic talent. This predicted boost certainly suggests that companies realise the importance of language skills, and it’s crucial to invest in Asian languages specifically for a few other key reasons.

As easy as it is to rely on a machine for translations, recent headlines have shown just how bad its output can be when things go wrong. In January 2020, a major Facebook translation disaster hit headlines when the social media giant mistakenly referred to Chinese politician Xi Jinping as “Mr S**thole” when translating from Burmese to English. Meanwhile a report from the University of California, San Francisco found that Google’s 2017 machine learning algorithm was 81% accurate at translating doctor’s orders from English to Chinese, with 8% of these errors having the potential to cause “clinically significant harm”. Though these findings seem positive at face value, there’s obviously no room for mistakes when a translation could be the difference between life and death.

It’s not hard to see why artificial intelligence-enabled translators can struggle with Asian languages. Many phonetic scripts are used in the continent which means the technology has to try and make sense of words that aren’t comprised from the A-Z alphabet. Meanwhile, the software also has to consider the numerous unique dialects on top of basic rules of grammar, sentence structure and so forth. As a result, it can be all too easy for software like Google Translate to misinterpret simple words, which is why professional human translators are definitely worth the money for businesses working with Asian clients and consumers.

Linguistic ignorance can be isolating

Mistranslations have the potential to be very embarrassing for a business, and extremely offensive at worst. For example, Ikea almost ended up selling products that were named after sexual acts once translated into Thai, while Green Giant’s “Jolly Green Giant” translated as “Intimidating Green Monster” in Arabic. As poor-quality translations can distort marketing materials, and possibly even a product’s purpose, any mistakes or misunderstandings could cost a business significant sales in the prized Asian market.

However, beyond the need for strong language skills to attract consumers, knowledge of these languages is equally vital for conducting relationships with Asian co-workers. A 2015 article published in Harvard Business Review warned about the issues of cultural mistranslation, citing an example of conflict between the American and Thai departments of a financial firm. The Thai team was “very group orientated” in its decision making, and preferred to receive an agenda 24 hours before a conference call so they could adequately prepare, but the U.S. team would only send the agenda an hour before. On top of that, the Thai team often struggled to follow the Americans’ speedy speech, and weren’t prompted to comment — the Americans expected them to freely interject, but in Thailand it’s less common to speak without invitation. The dejected Thai manager concluded that: “They invite us to the meeting, but they don’t suggest with their actions that they care what we have to say.”

It’s very important to be aware of social norms and customs, and language plays a big part in this. Clear communication is vital to ensure all parties are happy with their working relationship, which makes accurate and sensitive translations absolutely imperative. In fact, some cultural conventions are tied up in Asian language itself. For instance, Japanese employees use the formal keigo language system to address CEOs and others in high-ranking roles. Even if a machine translator were to produce an accurate Japanese translation, this communication would be incredibly disrespectful if it was unwittingly delivered in a more informal register.

Clear, accurate discourse is obviously required to do business in Asian markets, but it’s not enough for customers to merely understand the content: they also need to connect with it. Targeting such a lucrative consumer base means UK companies will probably face significant competition, and it’s very difficult to be suitably persuasive and market effectively without confidence in the language. This is why a professional translator is always required.

Expert linguists will adapt content and retain tone and meaning, while keeping to social and cultural norms of target Asian countries, but can also localise translations to boost their chances of resonating with audiences. This refers to the process of catering content to specific areas or markets. For example, McDonald’s chose “gohan dekita you” as the slogan for their new Japanese rice burger, which means both “dinner is ready” and “the rice is ready”. Kokoro Toyama, a representative for the Japanese wing of the company, said: “It’s a nostalgic phrase that sounds familiar and makes people feel like they are at home. It’s like your mum telling you your dinner is ready.” This specific emotional appeal would not have been captured without the insight of someone who was fluent in Japanese language and culture, and McDonald’s sales are sure to benefit from this knowledge.

Similarly, Airbnb decided to rebrand itself in China by changing its name to Aibiying in 2017, which means “welcome each other with love” and is reportedly easier for Chinese consumers to pronounce. Following the lead of businesses like these by engaging with and adapting to Asian languages is a great way for UK companies to show how much they value the nations they are targeting, thus providing consumers with far more of an incentive to become customers.