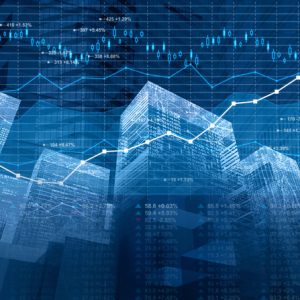 While machines have long been exchanging data for the betterment of business and mankind, the Internet of Things – or, as it is often abbreviated, IoT – differs in letting a wide range of devices transmit data to any other part of their network. Electronic machines, devices and sensors can all be connected to this network – and the corporate benefits of such technology have been substantial…

As reported in a white paper published by the corporate support solutions provider CSG, 94% of all businesses have benefitted from IoT investments. This is truly staggering, as are the forecasts that, by 2020, the world will have 75 billion connected devices. For a detailed insight into why so many companies are thriving on the back of IoT, we need to look closer at the technology itself.

A single IoT network can have various elements

The range of “things” which can form an IoT network is already huge. Unsurprisingly, these items include smartphones, tablets and smart meters, the functionality of each of which heavily depends on Internet connectivity.  However, other “things” which can join such a network include databases, applications and, in fact, any connected “smart” object.

In light of this, we might not be so startled by market intelligence firm IDC’s prediction – as reported by Intel – that, by 2020, a tenth of all of the world’s data will originate from machines conversing with each other. The network technology company Cisco and engineering titan GE have even estimated that IoT will, by 2034, grow global GDP by $10 trillion to $15 trillion.

Make IoT to make it in the manufacturing sector

However, it’s worth us drawing our attention away from predictions about IoT’s future to carefully consider its place in the here and now. ZDNet lists various examples of industries that are especially strongly fuelling the IoT revolution. IDC has cited manufacturing as the industry responsible for the largest IoT investments, which totalled $178 billion in expenditure during 2016.

IoT already has a long history of use in manufacturing. The investments tend to be either inward facing – in other words, focused on optimising systems and trimming costs – or outward facing, where the aim is to improve customer usage. Internal investments have helped manufacturers maintain equipment, while outward spending has helped them understand how products are used.

Good for your health… and that of IoT

IoT has also been put to very broad applications in the healthcare space. The technology can, for example, underpin the ability of medical machines to share images with caregivers, the troubleshooting of issues with equipment, and the real-time tracking of the locations of equipment, medicine, staff and patients. IoT can also send medical providers data about new health technology.

Valorie King, program chair of the University of Maryland University College’s undergraduate cyber security management and policy program, has particularly hailed the beneficial effect of IoT in healthcare. She has observed how IoT-connected medical devices, including pacemakers, have reduced errors and given doctors data with which they can enhance the quality of care.

Home is where the IoT is

Manufacturers of consumer electronics have been particularly high-profile beneficiaries of IoT, having embedded the technology into various consumer devices. “Smart speakers” like Amazon Alexa and Google Home have shown us the possibilities for controlling a range of home appliances simply through issuing orders by voice.

Nonetheless, this is a particular industry which still clearly has room to grow. William Webb, CEO of the non-profit Weightless SIG responsible for open standard IoT connectivity technology, points out the “inertia” of needing to purchase a new home appliance featuring these capabilities.

He explains: “We don’t tend to think, ‘Let me get a new refrigerator that’s Internet-connected,’ unless the old one breaks. It’s a slow process of introduction in that space.”

Specific instances of benefits from IoT

You can more thoroughly understand the potential benefits of IoT by looking at some specific examples of Internet of Things projects. Insurance companies can use IoT to calculate premiums that more accurately reflect the risks posed by their customers. These firms can learn from telemetry sourced from connected cars to discern how safely or dangerously those cars are driven.

Meanwhile, the rise of smartwatches has enabled the substantial collection of data about the wearers’ health. One of Europe’s most prominent cloud solutions providers, RedPixie, has used its website to highlight a case study where the company developed a solution which takes health data before placing it into a workflow which can assist in preventing illnesses.