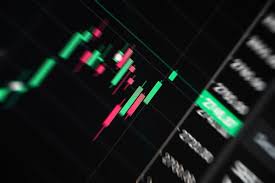 Which market in the world that does not close at the end of every week and comprises the biggest trading volume of businesses globally and with individuals from nations across the globe taking part? Well, your guess is as good as mine! It’s the Forex market. It is the leading financial market globally, that depicts the monetary changes of the global trade and the cross currency pairs.

In this post, you will learn about the best traded currency pair that pay the most when traded.

So what is Currency Trading?

Currency trading or popularly referred to as foreign exchange trading involves the purchasing and selling of major currency pairs. For you to be successful in currency trading, you must have the basic knowledge regarding how much each currency is worth in comparison with one another. Such a correlation defines a currency pair. Usually, a quote currency involves an abbreviation of popular currency accompanied by the worthiness of a base currency, depending on the counter-currency.

Normally, there is a global code that sets out the arrangement of currency pairs. For instance, a quote of EURUSD 1.24 implies that a single Euro is valued at $1.24. In such a case, the currency that is the base is the EUR, whereas the counter-currency is the Dollar (US). Every trade currency pair indicated in the currency’s majority trading markets globally.

Some currencies that have the highest liquidity, and that are in most forex trading include:

The worthiness of the above trade currencies keeps changing in relation to one another because the trade amounts between the two nations keep fluctuating every now and then. These pairs are usually related to financially powerful nations, and the nations with a greater volume of trading carried out globally. These pairs are the most volatile, implying that the changing prices that happen all day long could be the greatest.

So, does this imply that these forex pairs are the most paying? Well, no! This is because as a forex trader you can either make profits or lose your money while the price fluctuations are occurring. The aforestated pairs may pay the most, since their spreads are in most cases the lowest, but it does not imply that majors are the most paying forex pairs when trading in the currencies.

Which Forex Pairs Pay The Most and Are The Most Suitable To Trade?

With over 200 nations globally, it’s easy for you to find the most suitable forex pair in the world while trading currencies. But the currency pairs might not provide the greatest outcomes to currency traders. This scenario has left most of the forex traders asking themselves this question, which forex pairs pay the most and are the most suitable to trade with? Well, continue reading this post to find out!

Let’s first identify the most common currencies you can find in the forex trading globally. They include:

Here is a few currencies pair analysis to help you find forex pairs that pay the most:

EUR/USD, Also Known As the Fiber

The EUR/USD is the most common currency pair and the one with the highest trading quantity globally. The pair is highly liquid and has an average volatility. It entails the two most significant currencies globally, the US dollar and the Euro, which are as well backed by the greatest economic system.

This explains why the Fiber is the most traded pair by not only the retail investors but as well by the biggest banking companies. The pair offers a minimal spread in the forex trading market.

The EUR/USD is the most suitable pair for novice investors because of its steadiness. When you study the pair’s day-to-day chart, you find that it’s normally traded in a range. It is among the forex pairs where a range investment strategy may be applied, by purchasing low and selling high.

USD/JPY, Also Referred to As the Gopher

This currency pair is distinguished by its stability over long periods and it comprises a large trading quantity. It is also active both during the day and night.

The United States of America and Japan are having an economic war, in which every country tries to maintain a competitive advantage over the other to prevent inflation and render their commodities more appealing globally.

The Japanese currency is usually guided by the essentials than the technicals and it comprises a minimum-interest rate. This explains why the USD/JPY pair is popular among the traders.

GBP/USD, Also Known As the Cable

This forex pair is highly volatile as compared to the EUR/USD pair. Meaning that it provides greater opportunities for you to generate profits, but it also has a higher risk level. It rapidly reacts to news relating to the Brexit talks between the UK and Europe.

Since London is a big financial city, this currency pair is one of the popular forex trading pairs with large trading quantity and great liquidity.

The GBP/USD pair can be traded by new investors because of its predictability regarding its volatility. Each day at about 8 am London time, this pair usually wakes up and trends. The scenario is referred to as the “London breakout.”

AUD/USD, Commonly Known As the Aussie

This pair can be easily studied even by novice traders using different indicators. The combination of the United States Dollar and the Australian Dollar is the most powerful forex trading pairs for long-term trends. The pair is highly liquid and provides great opportunities for short-term trading as well.

Also, the Australian-Dollar is highly related to other commodities currencies including gold and silver since the Australian economy depends on those commodities. Investors may use a trend investment strategy while trading in the AUD/USD pair.

With forex trading or currency trading, there is no absolute answer to the question: Which forex pairs pay the most? Whether a particular pair is the best and the most paying entirely depends on the investor’s trading strategy and preference. It is upon you as a trader to decide which trading strategy suits and which forex pair is compatible with your strategy to produce the best results for you. The most traded currencies include the AUD/USD, EUR/USD, EUR/GBP, USD/CHF, and USD/CAD. Always pick one pair at a time to learn about it before you consider trying a different pair including the best time of day to buy cryptocurrency.