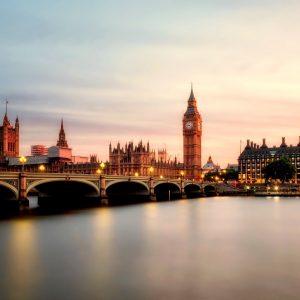 Yorkshire is the Best Region in the UK

Yorkshire has surprisingly seen a 50% increase in digital tech jobs in the last three years. This is according to data that has been recently compiled.

Yorkshire has been listed as being one of the best regions in the UK when it comes to business growth and tech. A study has been done by the LEP and they have found that Yorkshire has the highest rate of growth in the nation. This is especially the case when you look at the digital sector. Over the last 3 years, the LEP have gathered data and they have found that when you look at the average business turnover, the number of employees and even the venture capital investments, that Yorkshire comes out on top. This is even the case when you look at employee productivity as well. In the last couple of years, the amount of digital tech jobs in Yorkshire rocketed from 58,000 to 86,000. This ultimately means that there has been an increase of over 48%. This outpaces every other region in the UK.

A lot of people would have thought that London would have been first, after all, you have businessmen such as Tej Kohli who are helping start-ups to thrive. At the end of the day though, Wales is in second place. They have the second-highest growth rate which stands at 29%.

Two-thirds out of the tech jobs in Yorkshire are actually based in Leeds as well. Research has shown that the tech scene is thriving and that there are now just as many opportunities in this area as London. Research has also shown that lots of start-ups are coming out of Yorkshire and that they are making it big. A lot of this comes down to the high growth rate for digital employment. It’s predicted that this is going to continue as workers start to seek out many more affordable options.

It’s certainly going to be interesting to see how the UK tech scene is going to develop over the next 5 years or so. The Welcome movement has been launched as well and this is a £2.4 million investment to try and support tech companies who might want to relocate to the region. Anna Sutton who is the CEO of The Data Shed in Leeds has come out to say that she started the company 6 years ago and that they have since then thrived. A lot of this comes down to the fact that the consultancy industry has also developed at an alarming rate over the last few years.

Of course, who knows what the future holds for the tech industry but right now it looks like there is so much potential in some of the lesser-known tech hubs in the UK. Only time will tell but right now it is fantastic to see that more and more businesses are starting up and that employers are really benefitting as a result. A lot of this comes down to the fact that the right opportunities are arising at the right time.