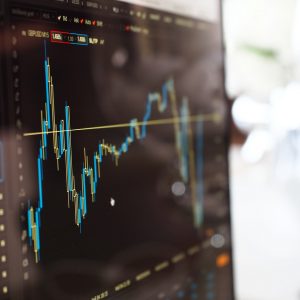 There’s probably only one thing I have in common with legendary traders Michael Burry and Jeremy Grantham. I think that global equity markets (and other markets) may be in a bubble that could soon burst. In fact, I’ve got a little bit of money riding on it, but nowhere near as much as Burry bet on the 2007/8 financial meltdown.

Let’s start with why I think markets could turn bearish; this being the “bearish bet”. Then we’ll look at why Mr. Market and almost everyone else thinks I’m wrong; this being the “bullish bet”. It will help you decide whether you’re a bull or a bear, and — either way — it could be a good time to be thinking about buying stocks.

What goes up must come down. Although “this time it’s different”, history tells us that it was also different before the 1929 Wall Street Crash, the turn-of-the-millennium dot-com crash, and the more recent financial crisis. Not to mention the South Sea Bubble and the Dutch tulip mania (and crash) of 1637. Although history doesn’t repeat, as Mark Twain said, it often rhymes.

Let’s see what some better traders than me say about it being time to call time on the present market party.

Michael Burry, who was made famous by his “big short” mortgages bet more than a decade ago, has described the current markets as the “greatest speculative bubble of all time in all things”, and has recently predicted the mother of all crashes. However, he’s been saying something similar since at least 2019.

Octogenarian investor and GMO founder Jeremy Grantham agrees that we are witnessing a “fully-fledged epic bubble” and his pessimism is shared by trading legends such as Stanley Druckenmiller and “Rich Dad Poor Dad” author Robert Kiyosaki.

There’s a saying in trading circles that “the trend is your friend”. Consistent with Newton’s laws of motion, a rising market will keep rising until something causes it not to.

Fueled mainly by American money printing, the current bull market has been rising since 2008, and even Covid couldn’t stop it with the March 2020 correction. When I say market, I’m talking about the Dow Jones (which now sits almost twice as high as it did in March last year) rather than the FTSE 100 (which hasn’t yet returned to its pre-pandemic level).

Can the American markets go higher? Of course they can, because we could have asked the same question at any time since December 2020 when they started hitting new highs. Until the money-printing music stops, this is a one-way bullish bet.

Put simply, it’s a brave investor who bets against the trend.

To Buy or Not To Buy — That is the Question

The late Danish physicist Niels Bohr is quoted as saying, “Prediction is very difficult, especially about the future.”

So, when will the stocks bubble burst? Nobody knows, and the markets could yet go a lot higher before they begin to go lower.

If you think that stock prices could go even higher, head over to buystocks.co.uk to discover what stocks you could be buying, and how. If you think a correction or crash could be coming, you can look at what stocks would be worth buying when they soon become even better value.