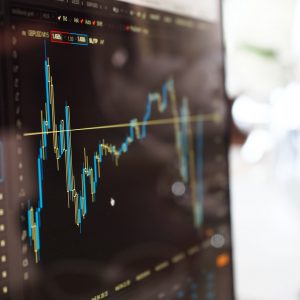 The total size of the world’s financial markets and its cumulative assets is hard to quantify, especially as values continue to fluctuate on an hourly basis.

To provide some context, however, the world’s stock market exchanges boast a combined market capitalisation of $89.5 trillion alone, with this largely driven by vast global entities such as the Nasdaq and the New York Stock Exchange.

The financial marketplace is also a complex and multi-layered entity, and one that can be hard to comprehend at first glance. It’s often split into ‘primary’ and ‘secondary’ markets, for example, each of which serve a different but equally important purpose within the financial space.

But what are primary and secondary markets, and why are they both important in the financial realm? Let’s find out.

What are Primary Markets?

In simple terms, the primary market refers to the place where tradable securities are created. In fact, it’s in these markets that firms and organisations sell or float new stocks and bonds to the public for the first time, through vehicles such as initial public offering (IPO).

These large-scale trades provide an opportunity for investors to buy such securities from a bank (which will typically have completed the initial underwriting for a particular stock or asset).

As the name suggests, the primary market provides the first opportunity for investors to contribute capital and secure a stake, whether they’re investing in new stocks or bonds.

Historically, the primary market has been largely frequented by experienced or institutional investors, as there’s no corporeal marketplace where traders can congregate. As a result of this, the primary market also works on fixed and immutable prices, creating a degree of clarity and understanding for participating investors.

You should also note that securities can only be sold once in the primary market, with this providing a huge point of difference with the secondary marketplace and its associated entities.

The secondary market will probably be more familiar to traders, as this refers to the global entities where investors buy, sell and exchange securities that have previously been issued (without the issuing companies’ involvement).

When buying equities, for example, the secondary market is commonly referred to as the ‘stock market’. This description includes the New York Stock Exchange (NYSE) and Nasdaq, which are also amongst the biggest markets of this type in the world.

Other secondary markets are traded over-the-counter (OTC), rather than through centralised and marketplaces. One example is bond trading which occurs through a dealer network. The defining characteristic of the secondary market is that investors trade various asset classes amongst themselves.

Within secondary markets, prices also fluctuate frequently, depending primarily on the asset in question, the specific market’s liquidity and the daily trading volumes involved.

The price points in secondary markets are also influenced by a range of geopolitical and macroeconomic factors, with the foreign exchange offering a prime example of this.

Why do we Need Both Primary and Secondary Markets?

Both markets perform an important function in the wider financial space, and in this respect, they should be considered as two intersecting cogs within an engine.

While both move independently to one another, they’re also reliant on each other to power the global financial system and maintain a continual flow of funds.

For example, it’s the initial influx of money from the primary market that allows for growth and economic expansion, while this space also enables new companies to sell shares and generate a formative source of revenue.

Conversely, it’s the liquidity and accessibility of secondary markets that introduces both flexibility and stability, allowing for continued investment and the distribution of assets across the globe.