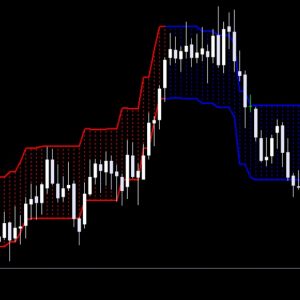 The Forex is the largest financial market in the world. In a single day, trades can total about six billion US dollars. The margin can be really small between gaining or losing a lot of capital, so it is a market that needs to be understood well, before someone starts trading pairs on it. This article will focus on one of the most traded: The EUR/USD.

How to trade on the Forex

The Forex is accessible to all traders. All you need to do, is find the right broker that will enable you to place your positions. However, this is not an easy choice to make. The Forex market can evolve quite rapidly, so if you have a problem and can’t get through rapidly with anyone serving clients, it could end-up costing you a lot. Click here, to find the best forex trading platform UK, on which to trade.

Trading on the Forex is quite different than buying regular stock. Anyone looking to enter into this world, needs to understand how it functions first. What you buy, on the Forex, is currency pairs. It actually means that you buy one, while selling the other. Therefore, it is the difference between the two, as it grows, that will indicate if you made a gain or a loss.

Some Facts about the EUR/USD Currency Pair

Although the euro is quite young, having been created in 1992, through the Maastricht Treaty, it is still part of one of the most traded currency pairs, which it forms with the US dollar. The euro is controlled by the European Central Bank. Although it is used in most countries in the EU, it isn’t true for all of them, Denmark being an example, which still uses the Danish Krone (DKK).

What affects the variation in pricing?

Since the EU is made of many countries, there are a variety of news that can come and influence its value. However, it is usually the most important countries financially, that will have a greater effect on the value of a currency. In Europe, the largest GDP is Germany, and so, news arising from the country can have a huge impact on the currency. France also weighs heavily in the balance. Other factors that can influence the value of the euro are: Global GDP growth, employment, inflation and the trade balance.

In the case of America, the USD is mostly influenced by labor market data, and how high the unemployment level is. Inflation, interest rates and the Fed (the American central bank) are the other predominant factors affecting the value of the dollar.