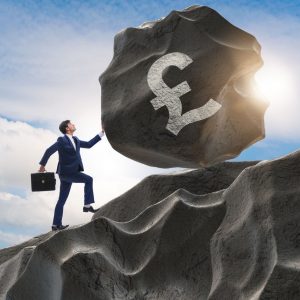 The British Pound (GBP) continues to be one of the most popular currencies traded in a forex pair with GBP/USD generating the greatest trading volume and other pairings offering value to savvy traders capable of entering and exiting the market at the right time.

With 2021 now well underway, traders are still looking to the US Dollar and the Euro as the most viable pairings for GBP. Following the pound’s market recovery in January as the uncertainty surrounding Brexit subsided and the UK government’s impressive COVID-19 vaccine rollout got underway, GBP is in a much better position than it was last year.

That means EUR/GBP is likely to be a focus for traders. The Eurozone has struggled with its own vaccination plans due to concerns about the efficacy of the AstraZeneca (AZN) drug and delivery delays by Pfizer. The EUR/GBP pair is currently trading at around 0.86 compared to the 0.7000 price prior to the Brexit referendum almost five years ago.

The Bank of England has ruled out any interventions to boost the economy in the short term after continuing with its 0.1% key interest rate. The prospects of a complete vaccine rollout by the summer and an opening up of the economy in the coming months bodes well for the pound.

Keeping up to date with the latest forex broker news is the best way to keep abreast of the latest developments that can impact how GBP is traded with pairs in 2021. Perhaps surprisingly, the Swiss currency (CHF) has emerged as a potential pair for traders in recent months.

Switzerland’s currency has made steady gains on its safe haven status away from general economic uncertainty, and the GBP/CHF has been climbing after slumping to around 1.1500 following Brexit. Five years ago, GBP/CHF was trading at 1.5500.

While some experts are less optimistic about the pound this year, the possibility of a full scale vaccination program and Brexit closure could see the UK become a safe haven of sorts in the coming months. There has been talk of the UK becoming a “Singapore on the Thames”, so its business prospects look favourable. Traders should factor in these potential upsides when trading GBP this year as the pound could finally make a sustained recovery.

When trading pairs, it will be hard for many to look past GBP/USD again. The major pair is still in the top three most traded currencies globally. The liquidity of GBP/USD and easy access to trending news that could impact it makes it the currency pair of choice.

In its recent analysis of GBP/USD, Citibank noted that “there’s no doubt that GBP is cheap based on traditional PPP, which sits around 15 per cent below its long-term average.”

Prime Minister Boris Johnson’s announcement of a roadmap to bring an end to the lockdown could bring a sense of normality back to the country by June. It could also, according to experts, lead to more gains against USD and EUR. Keeping an eye on its progress will be key to trading GBP in 2021.