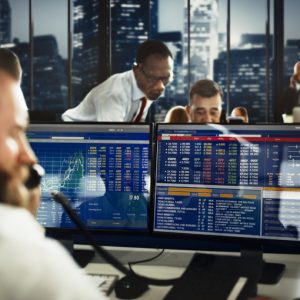 Being a broker / trader is one of the most notoriously glamorous jobs in the world. Glamorous for the high paying salaries, excitement, and pompous lifestyle that traders have adopted, and notorious, for the exact same reasons. In a post The Wolf of Wall Street (2013)
World, broker and traders appear to be a group of chauvinist cash-hungry pigs with no regard to society or any other person for that matter. Is this true? Like all stigmas – it’s true for some, and imprecise for others. Some people are lavish and extravagant by nature so given the right opportunity they go wild, while other traders treat this profession like any other profession without being drawn to a certain lifestyle nor losing touch to reality and their surrounding society.

First off, let’s review what skill set is required to be a good trader:

If you want to be a good broker (someone who deals with the client), you need to possess the following qualities:

Going down this route is very much a commitment. You will have to do overtime at work. The more competitive the workplace is, the more overtime you will spend. Some people like this derivatives trader from London claim things are less stressful than they appear to be, but that would heavily depends on your specific role and which assets are you actually trading.

A “trader” or a “broker” are pretty generic words that describe someone who buys and sells certain securities for a living, but there are various types of those. What we referred to as brokers earlier in this article, can also be named a “front-end trader” in some companies. These so called traders can be in a position where they aren’t allowed to trade, just handle customers, in some companies, and in other companies they would also execute the trades. Additionally you have the back-office traders (or brokers!) who would normally just sit in front of a computer screen and execute orders.

There are also several industries who loosely use the term trader while in each industry it may mean something completely different. Working as a trader for a company like World First (FX transfers) is nothing like being a commodity trader in GS and the salary is very different as well – a GS trader makes $130,000 annually on average, an a dealer position on World First pays around a third of that. . Being a Futures Trader is a lot more high-paced than being a government bond trader or an energy trader (although you can still make a lot of money in either one). The main takeaway is not to fall into titles – a dealer, trader or broker can mean a whole lot of things.