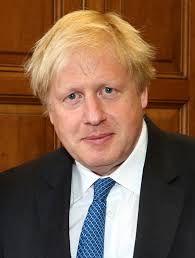 The possibility of Boris Johnson becoming the next Prime Minister of the UK is stirring up a variety of reactions and opinions that span the spectrum throughout the country. As the clock ticks to the 23rd July deadline, some people want to stick their heads in the sand and hope it all blows over, while others hail the potential ascension of “BoJo,” as he’s affectionately known in the headlines, to 10 Downing Street as a sure-fire way to restore order in the United Kingdom, especially when it comes to the ongoing Brexit Saga.

In an age that knows no shortage of messy-haired rabble rousers taking their platforms straight to the top, just what do we have to fear should Johnson secure the highest seat in the land? It’s easy enough to gather a slew of opinions, as people of all ages and political affiliations are more than willing to offer up their two pence on the matter. But there’s one major opinion we here at Vestle UK, as well as throughout the country, would like to hear, that being how the economy would be impacted.

To gauge an accurate estimation, let’s look at where we currently stand. According to the Guardian, the time surrounding the new Prime Minister’s takeover already looks bleak. The US/China trade war is still ongoing, meanwhile oil prices are beginning to rise as Trump eyes a potential war with Iran. Two of the world’s most important central banks—the Federal Reserve and the European Central Bank—pledged only last week to chop interest rates in the next few months. In a nutshell, the economy is sluggish, but that’s not necessarily a bad thing for the incoming PM. As a matter of fact, the new PM—whether it’s Boris Johnson or Jeremy Hunt—will walk into two potential advantages:

Still, it’s generally believed that next spring may be a more ideal time for a new PM to take office.*

What can we expect?

Since he’s been in the hot seat, Boris Johnson has been rather forthright about actions he’d take, leading to a number of speculations.

First, there’s money. According to Bloomberg, Johnson’s win might bring a potential boon to the pound, hinging on a variety of factors, including a quick and clean exit from the EU, a rebound in foreign investment from the Middle East, tax cuts for the higher-paid, and a long-awaited housecleaning of the Tory Party.** And if Johnson’s two consecutive terms as Mayor of London tell us anything, it’s that he is a man who sticks around.

Then there’s Scotland. According to a poll by Business Insider, 53% of respondents said they’d support Scottish independence if Johnson becomes Prime Minister. And if you know a thing or two about Boris Johnson’s relationship with Scotland, this doesn’t come as any news. Johnson has been considered a divisive figure in Scotland, netting an approval rating of minus 37%–lower than any other previous candidate for Tory Party Leader. The real reason: no, it’s not the hair. Back when Johnson was editor of The Spectator, he committed a one-two punch against the Scots, publishing a poem that joked about the “extermination” of the “verminous” Scottish people, followed by a column that suggested Scots shouldn’t be eligible to be Prime Minister.*** What would happen to the UK if Scotland gains independence? There’s a whole other article for that, so stay tuned to Vestle UK.

And of course there could be political dissent within his own party. Major Tory party figure Ken Clarke has already threatened a no-confidence vote in the event that Boris Johnson as Prime Minister tries to force a no-deal Brexit, and he’s not alone—Clarke also claimed at least a dozen other Tory MPs would join in the dissent.****

What to do in the meantime?

There’s no definite way to tell what’ll happen in the event Boris Johnson becomes Prime Minister. All you can do is stay informed. Read all the news you can, not just opinion pieces, and gain as much current information as is made available. If you’re interested in how this might affect the financial markets, visit Vestle UK, where you can stay up-to-date on market performance, and use our free

The materials contained on this document have been created in cooperation with Vestle and should not in any way be construed, either explicitly or implicitly, directly or indirectly, as investment advice, recommendation or suggestion of an investment strategy with respect to a financial instrument, in any manner whatsoever. CFDs are complex instruments and come with a high risk of losing money rapidly due to leverage. 86.9% of retail investor accounts lose money when trading CFDs with this provider. You should consider whether you understand how CFDs work and whether you can afford to take the high risk of losing your money. Full disclaimer: https://www.vestle.co.uk/legal/analysis-disclaimer.html