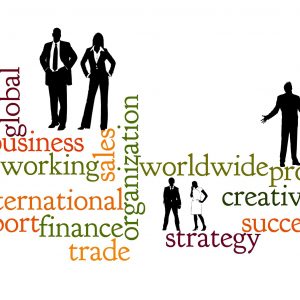 This year also started very well for the U.S., with real annual GDP increasing 3.2% during Q1, one of the best first quarters the country has recorded in years. The U.S. economy seems to be expanding but this growth is balanced by some signs of weakness and although the job market shows a very low unemployment rate, other important economic indicators point to possible trouble ahead.

For example, global trade is cooling, with Chinese exports falling in February and the U.S.-China trade war remaining one of the biggest risks facing the international economy. China’s loss might not be America’s gain, since tariffs are expected to hurt economic growth on all sides.

Many analysts are wondering how the uncertainty around this geopolitical and commercial issue is going to impact U.S. growth this year.

Morgan Stanley thinks that China’s position in terms of its trade relationship with the U.S. is stronger than last year. Since the country implemented bigger tax cuts than the U.S., China should be able to absorb external shocks more easily, according to the investment bank. Goldman believes that U.S. GDP growth will slow down in Q2, expecting it to reach only 1.8% in Q3 and 1.6% in Q4.

The other main issue for analysts and traders alike is the potential for an imminent recession.

For market participants, knowing if a slowdown or a recession is coming is crucial, as it will impact their trading strategies.

For this reason, anticipating one scenario or the other can help investors protect their trading capital from major drawdowns by adapting certain parameters of their trading methods to ensure the best results in a new economic environment.

No trading strategy can be profitable all the time, in all market configurations. It’s important to adapt any investment strategy to the type of market (bullish, bearish, rangy) depending on where we are in the economic cycle (recovery, expansion, slowdown, crisis or recession).