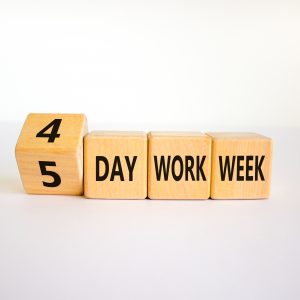 One of the biggest trials of a four-day working week is set to take place in the UK later this year.

More than 3,000 employees at 60 companies will continue to receive their full pay while cutting their hours and aiming for higher productivity.

The pilot is being organised by campaign group 4 Day Week Global in partnership with think tank Autonomy, the 4 Day Week UK Campaign, and researchers at Cambridge University, Oxford University and Boston College in the US.

It comes after the Covid-19 pandemic led to changes in working patterns and new attitudes to work.

A previous pilot in Iceland involving more than 2,500 workers was successful, with researchers finding that productivity remained the same or improved in the majority of workplaces.

The Royal Society of Biology, London-based brewing company Pressure Drop, a Manchester-based medical devices firm, and a fish and chip shop in Norfolk are among the organisations expected to take part in the UK pilot scheme, which will run from June to December this year.

Dr Mark Downs, chief executive of the Royal Society of Biology, said the trial was an opportunity to challenge the assumption that to deliver quality you must work long hours.

“RSB believes joining the vanguard of a four-day working week movement will position us as a leading employer, allow us to retain and attract the best staff and to continue to deliver impact and value,” he said. “It will be another important string in the bow of flexible working leading to greater diversity of thought and people.”