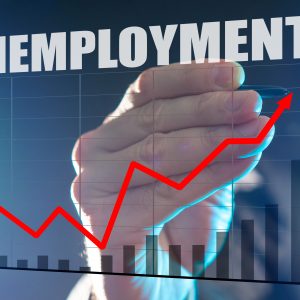 Unemployment in the UK has continued to rise, driven by a big increase in redundancies, according to the latest monthly report from the Office for National Statistics (ONS).

During the second English lockdown and as tougher restrictions were imposed in Scotland, Wales and Northern Ireland to limit the spread of Covid-19, redundancies rose by a record 280,000 on the year, and 168,000 on the quarter, to a record high of 395,000.

The redundancy rate reached a record high of 14.2 per thousand.

However, there were signs of the jobs market stabilising. Weekly figures show that the number of people being made redundant remained high in November but had dropped from the peak in September.

“This crisis has gone on far longer than any of us hoped — and every job lost as a result is a tragedy,” said Chancellor Rishi Sunak.

“While the NHS is working hard to protect people with the vaccine we’re throwing everything we’ve got at supporting businesses, individuals and families.”

Economists have said that the unemployment rate is likely to rise further when the UK Government ends the furlough scheme and other business support measures.