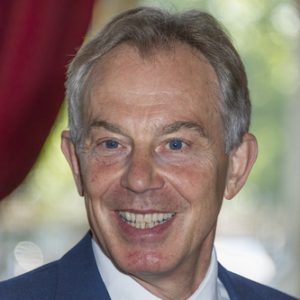 It’s four months since the UK voted to leave the European Union, but the debate is not over yet.

Former Prime Minister Tony Blair said on Friday that the country should keep its “options open” over Brexit.

Describing the outcome of the vote as a “catastrophe”, Blair told BBC Radio 4’s Today programme that it was important to make sure the views of the more than 16 million people who had backed remaining in the EU were not ignored.

But the former PM told the BBC that it was unclear what the outcome of negotiations would be, in terms of access to the single market and restrictions on the movement of people.

He added: “If it becomes clear that this is either a deal that doesn’t make it worth our while leaving, or alternatively a deal that’s going to be so serious in its implications people may decide they don’t want to go, there’s got to be some way, either through Parliament, or an election, or possibly through another referendum, in which people express their view.”

But he also said that the decision to exit the EU could not be changed “unless it becomes clear that the British people have had a change of mind”.

The UK Government plans to trigger Article 50 by the end of March next year, which would mean separating from the EU in early 2019.

Roberto Azevedo, the head of the World Trade Organisation, has sought to calm fears that leaving the EU will cause a trade vacuum or disruption for UK businesses.

In an interview with Sky News the WTO director-general said that although the country will have to renegotiate its WTO membership, the process was relatively straightforward.

“I will be working hard — I will work very intensely to ensure that this transition is fast and is smooth,” he said.