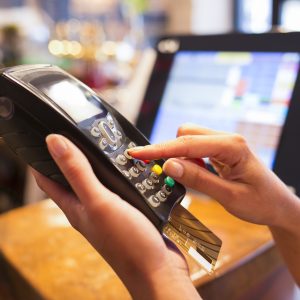 In a year dominated by the Covid-19 pandemic, food sales grew by 5.4% year-on-year while non-food sales declined by 5.0%, according to the latest Retail Sales Monitor from the British Retail Consortium (BRC) and consultancy KPMG.

This resulted in an overall fall of 0.3% — the worst annual change since the BRC began collating the figures in 1995.

In December, total retail sales increased by 1.8% as consumers spent more in the run-up to Christmas. With more people staying at home, online non-food sales jumped by 44.8% compared with a rise of 6.7% in December 2019.

“Physical non-food stores – including all of ‘non-essential’ retail – saw sales drop by a quarter compared with 2019,” said BRC chief executive Helen Dickinson. “Christmas offered little respite for these retailers, as many shops were forced to shut during the peak trading period. Though this led to a rise in food-based gifts as many shoppers bought what they could from the shops that were still open.

“With shops still closed for the foreseeable future, costing stores billions in lost sales, many retailers are struggling to survive. To avoid the unnecessary loss of shops and jobs Government should announce an extension to business rates relief for the worst-affected businesses as soon as possible. With many retailers making decisions over their future, the Government must act decisively.”