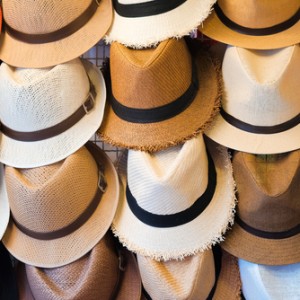 Pop-up retail businesses are now worth GBP2.3bn to Britain’s economy, according to a new report commissioned by digital communications company EE and carried out by the Centre for Economics and Business Research (Cebr), which showed that the sector achieved 12.3% more revenue this year compared to 8.4% in 2014.

This is the second annual report into the pop-up sector from independent consultancy Cebr, which conducted a business survey of 342 middle managers and above in retail/ restaurants services and hotel/ lodging industry in all business sizes, along with a consumer survey of 2010 British adults. The online survey was undertaken between 17 and 20 July 2015.

The annual Britain’s Pop-Up Retail Economy report indicates that this sector is growing much faster than predicted, with the number of customers increasing and spending more.  The survey found that 44% of respondents visited a pop-up in the past year and spend an average of GBP8 more per month. Pop-ups are now said to account for 0.76% of total UK retail turnover, up from 0.6% the year before. This represents an increase of more than GBP200m in sales.

There are now an estimated 10,000 pop-up retail businesses in the UK and the sector employs over 26,000 people. Traditional retailers are using pop-ups to test and expand into new locations and product lines. The report found that 8% opened a pop-up at some point in the past year, while 10% plan to open one in the next five years.

However, the report also showed that the pop-up sector is being held back by technology because internet connection remains one of the biggest challenges and is crucial for point-of-sale (POS) devices and stock management tools. More than 40% of small retailers are still unable to take card payments and 25% say sales have been lost as a result of insufficient stock management systems.

EE is addressing this problem with the launch of new Connected Retail bundles, which includes 4G tablets, the Shopwave point of sale (POS) app, contactless iZettle payment devices. All the bundles are on flexible contracts that reportedly cost much less compared to traditional POS solutions.

Winners of a competition called Space for Ideas, held by retail space marketplace Appear Here, will be the first UK businesses to use EE Connected Retail. Appear Here’s Space for Ideas launch two week residencies in shops across London this week. The winners of the competition include Porterlight, a bespoke cargo bike builder; WonderLuk, a 3D printed jewellery brand; Run&Fell , an ethical clothing brand; and The Mini Edit, a children’s online clothing brand. Each business will be given prime retail space in London for two weeks, along with Connected Retail from EE, advertising from the London Evening Standard and funds and design agency support to build their shops.

Managing economist for Cebr, Rob Harbron, commented: “Pop-up retail is continuing to become an increasingly viable platform for both people with new business ideas and for established businesses looking to engage with customers in new and innovative ways. Successful retailers increasingly need to offer customers the ability to shop when and where they want. As such, the flexibility of pop-up stores makes the format increasingly attractive. However, without appropriate investment in technology, efficiently co-ordinating a range of platforms is becoming increasingly challenging for businesses.”

Founder and CEO of Appear Here, Ross Bailey, added: “This report highlights how important the pop-up sector is becoming to the UK economy. With so many traditional retailers using pop-up shops and so many pop-up retailers moving onto long-term rents, we should no longer be looking to draw a line between traditional retail and pop-up retail – it is all just retail. We’re seeing brands and retailers from all backgrounds incorporate pop-up retail into their retail strategy. Since launching in 2013, Appear Here has grown by 500% year on year and currently generates GBP14m in request value per month, a number which is increasing month on month. This is a testament to the growth of the industry.”