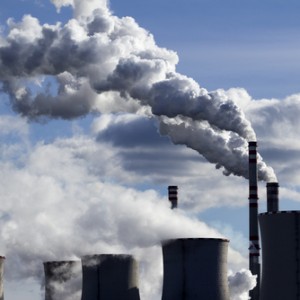 The UK government’s Nuclear Decommissioning Authority (NDA), which exists to ensures the safe and efficient clean-up of the UK’s nuclear legacy, announced on Monday that it has awarded three new framework contracts valued at up to GBP12m to ten consortia, following a five-month procurement process.

Last awarded in 2012, the new contracts will cover the next four years and will involve more than 70 organisations, including UK universities, global corporations and three consortia led by about 20 Small and Medium-sized Enterprises (SMEs).

Innovative solutions to technical challenges are being sought by the NDA and its Direct Research Portfolio (DRP) forms a key part of the authority’s strategic research programme. This programme is focused on direct funding for research that delivers innovation across multiple sites, develops technical expertise and informs NDA’s strategy.

Cross-industry R&D requirements identified by the Nuclear Waste and Decommissioning Research Forum will also be addressed by the DRP projects, which are often said to lead to more extensive R&D projects carried out by Site Licence Companies (SLCs) and the supply chain. Combined annual R&D spending by NDA and SLCs typically amounts to more than GBP85m.

Launched through a supplier day, the procurement process for the new contracts was intended to engage smaller businesses, as well as facilitating establishment of consortia to bid for the contracts. Participation was also facilitated by use of the OJEU process and promotion through the NDA website.

The DRP contracts were split into three lots: Lot A – University Interactions; Lot B – Integrated Waste Management and Site Decommissioning and Remediation; and Lot C – Spent Fuels and Nuclear Materials. Lot A supports the NDA’s University Research Strategy while Lot B and C support four of NDA’s strategic themes.

NDA Research Manager at NDA, Yvonne Morris, commented: “It was very pleasing to see so many SMEs being engaged in the process and being part of successful consortia. Overall we were delighted with the high quality of the submissions and look forward to working with the organisations on our strategic R&D programme. We now have new multi-supplier contracts aligned with our key strategic themes. With many new organisations involved for the first time we will have broad input into addressing our R&D requirements.”

An executive non-departmental public body, the NDA is sponsored by the Department of Energy & Climate Change and supported by one public body.