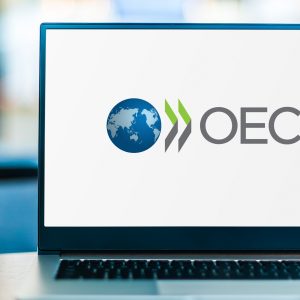 Economic growth in the UK next year is set to be the weakest among G20 nations apart from Russia, according to the OECD.

The organisation’s latest half-yearly economic outlook forecasts 3.6% growth for the UK economy in 2022 but says the economy will stagnate in 2023, with zero growth.

Only Russia, which has been hit hard by sanctions after its invasion of Ukraine, is expected to perform worse among the G20 economies.

Inflation is expected to remain high, averaging 7.4% next year after peaking at more than 10% later this year.

The report added that there was no guarantee that the Bank of England would be able to get inflation quickly back to its 2% target.

To tackle price growth, the organisation said it expected the Bank of England to raise interest rates from the current 1% to 2.5%.