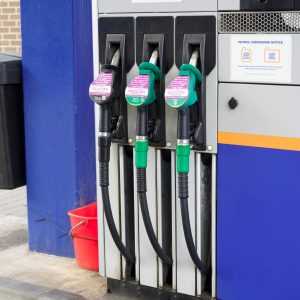 The average price of petrol and diesel at UK forecourts fell in July but some of the biggest retailers are failing to reduce prices in line with falling wholesale costs, according to the RAC.

Figures from RAC Fuel Watch show that the average price of petrol dropped by 8.74p a litre to 182.69p last month, cutting the cost of filling a 55-litre tank by nearly £5.

However, the RAC said that prices still don’t fairly reflect the fall in the wholesale price of fuel, and major retailers should be cutting pump prices much further.

For example, the wholesale cost of petrol delivered to forecourts has fallen for eight consecutive weeks, from 151.93p at the start of June to 131.75p a litre in the last week of July. The last time unleaded was this price on the wholesale market was in early May which a week later led to a UK average pump price of just 167p a litre.

“July has been an unnecessarily tough month for drivers due to the big four supermarkets’ unwillingness to cut their prices to a more a reasonable level, reflecting the consistent and significant reductions in the wholesale cost of petrol and diesel,” said RAC fuel spokesman Simon Williams.

“As it was, we saw independent retailers leading the charge with fairer pump prices appearing all around the country which eventually forced the supermarkets to finally implement a more substantial cut late last Friday afternoon (29 July).”

Williams added that drivers should no longer assume the supermarkets are the cheapest for fuel, but shop around as there may well be an independent retailer charging a lower price.