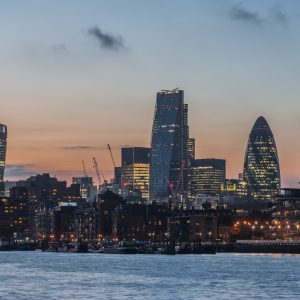 The UK’s top banks are no longer “too big to fail” in any future crisis, according to the Bank of England.

A new assessment by the central bank considered whether eight major banks had taken sufficient steps to ensure they are resilient and would not require taxpayers to bail them out, as happened in the 2007-08 financial crisis.

The BoE said it was satisfied that even if a major bank were to fail, it could remain open and customers would be able to keep accessing their accounts and business services as normal.

“We now have a robust resolution regime and following major UK banks’ work in preparing for resolution, there are now more choices if a bank experiences serious problems,” the report explained.

Shareholders and investors, not taxpayers, would be first in line to bear a bank’s losses and the costs of recapitalisation.

“The Resolvability Assessment Framework is a core part of the UK’s response to the global financial crisis, and demonstrates how the UK has overcome the problem of ‘too big to fail’,” said Dave Ramsden, deputy governor for Markets and Banking at the Bank of England.

“The UK authorities have developed a resolution regime that successfully reduces risks to depositors and the financial system and better protects the UK’s public funds.”

Ramsden added: “Safely resolving a large bank will always be a complex challenge so it’s important that both we and the major banks continue to prioritise work on this issue.”