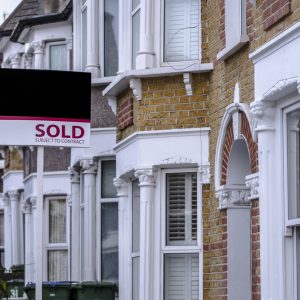 House prices in the UK have risen by 9.9% in the last year and the average cost of a home now exceeds a quarter of a million pounds.

It’s the first time this milestone has been passed in Nationwide’s monthly report on the market.

“Demand for homes has remained strong, despite the expiry of the stamp duty holiday at the end of September,” said Robert Gardner, Nationwide’s chief economist. “Indeed, mortgage applications remained robust at 72,645 in September, more than 10% above the monthly average recorded in 2019. Combined with a lack of homes on the market, this helps to explain why price growth has remained robust.”

Gardner added, however, that the outlook remains “extremely uncertain”.

“If the labour market remains resilient, conditions may stay fairly buoyant in the coming months — especially as the market continues to have momentum and there is scope for ongoing shifts in housing preferences as a result of the pandemic to continue to support activity,” he explained.

“However, a number of factors suggest the pace of activity may slow. It is still unclear how the wider economy will respond to the withdrawal of government support measures. Consumer confidence has weakened in recent months, partly as a result of a sharp increase in the cost of living.”

A decision on interest rates will be announced by the Bank of England’s Monetary Policy Committee (MPC) on Thursday.