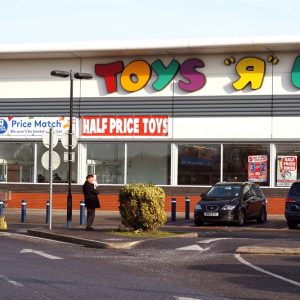 The toy retailer Toys R Us has gone into administration. According to BBC News, the ‘orderly wind-down’ puts 3,000 jobs at risk in the UK.

The troubled toy chain had been facing a tax bill of £15m, but poor sales figures meant it was unlikely to be able to pay. All 105 Toys R Us stores will be open until further notice.

Joint administrator Simon Thomas said: “Whilst this process is likely to affect many Toys R Us staff, whether some or all of the stores will close remains to be decided.”

Thomas confirmed that the administrators would seek to find a buyer for all or part of the business. Some parts of the chain are more profitable than others, as Thomas said: “The newer, smaller, more interactive stores in the portfolio have been outperforming the older warehouse-style stores that were opened in the 1980s and 1990s.”

The online click-and-collect facility for Toys R Us has closed, but a large sale of remaining stock is expected to be launched in stores.

The chain’s US owner filed for bankruptcy in September 2017 and the UK arm of the business only narrowly avoided entering administration in December 2017 following an agreement with the Pension Protection Fund to pay £9.8m into its retirement scheme over three years. The scheme now has a shortfall of £38m.