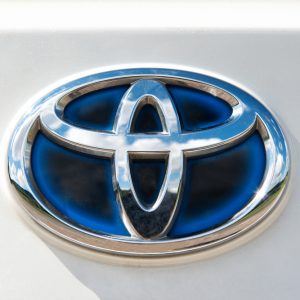 Carmaker Toyota has announced it will build its new Auris hatchback at the Burnaston factory in Derbyshire, according to BBC News.

The Japanese automotive company said the next generation Auris would also have engines primarily sourced from its Deeside plant in North Wales. The news comes following a £240m investment plan for the Burnaston facility in 2017.

Toyota said the announcement would secure more than 3,000 jobs at Burnaston and Deeside. There had been concerns that Brexit could lead to carmarkers moving production abroad if trade barriers threatened their ability to compete internationally.

Car companies have warned that tariffs on exports could disrupt the international supply chain involved in car manufacture. The Society of Motor Manufacturers said that investment in the sector fell by one third in 2017 within the UK, due to Brexit uncertainty.

Despite this anxiety, several car makers have pledged to build more cars in the UK since the Brexit vote, including Nissan’s plans to build the next generation Qashqai and X-Trail SUV in Sunderland, and BMW deciding to assemble the new electric Mini in Oxford.

The UK government has pledged £20m in the Burnaston plant alongside Toyota’s commitment.

Dr John van Zyl, president of Toyota Europe, said: “As a company, we are doing what we can to secure the competitiveness of our UK operations as a leading manufacturing centre for our European business. With around 85% of our UK vehicle production exported to European markets, continued free and frictionless trade between the UK and Europe will be vital for future success.”