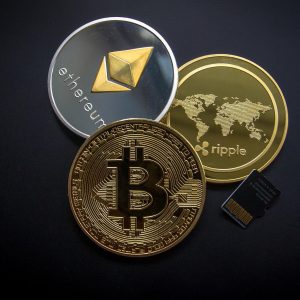 Following the success of Bitcoin, it has become one of the world’s most accepted crypto assets over the years. Bitcoin was one of the first cryptocurrencies, making it a trendsetter. It ushered in a massive wave of cryptocurrencies created on a decentralised peer-to-peer network. Irrespective of Bitcoin’s immense possible profit margins, it is highly volatile. While Bitcoin has performed the best, there are still alternatives that may be a less volatile investment. Here are other cryptocurrencies you could consider.

Widely regarded as the second most popular cryptocurrency out there, Ethereum shares many properties with Bitcoin, though there are some notable differences. Ethereum is a decentralised software platform that allows smart contracts and decentralised applications (dApps) to be created and run devoid of any fraud, downtime, interference, or control from a third party. The objective of Ethereum is to build a decentralised suite of financial products that can be accessed freely by anyone in the world, irrespective of ethnicity, nationality, or faith. Trading at $1,962.83 per ETH as of May 31, 2022, Ether’s market cap is still significantly lower than that of Bitcoin.

Many individuals like the idea of investing in cryptocurrency, however, the fear of losing their money in an unregulated virtual world is a major obstacle. Ripple looks to offer some safety. Ripple is the name of the parent company in charge of interactions and payments of the digital currency XRP. Unlike other forms of cryptocurrency, it does not need to be “mined”. It is a low-cost investment, dissimilar to Bitcoin or Ethereum because of its current price, which has both skyrocketed and plunged in the past. It is still one of the major cryptocurrencies in the world. If you are looking to invest in XRP, click here.

Launched in 2011, Litecoin is among the first cryptocurrencies to emulate Bitcoin. It is even often referred to as “silver to Bitcoin’s gold”. Litecoin is built on an open-source universal payment network that is not managed by any primary authority and uses scrypt as a proof of work (PoW), which can be decrypted using consumer-grade CPUs. There are an increasing number of merchants and developers that accept Litecoin.

Cardano (ADA) is a cryptocurrency that was designed and built by a global team of mathematicians, engineers, and cryptography experts. The team responsible for Cardano built its blockchain through comprehensive analysis and peer-reviewed research. Due to this meticulous process, Cardano stands out among its Proof-of-Stake (PoS) peers and other major cryptocurrencies. While Cardano is still in its early stages, it has been named the “Ethereum Killer” because of the potential its blockchain possesses. As of May 31, 2022, Cardano has the sixth-largest market capitalization at $22.2B, and one ADA trades at $0.6577.

Montero (XMR) is a safe, confidential, and untraceable currency. Launched in 2014, this open-source cryptocurrency soon amassed major interest from the cryptography community and its supporters. The advancement of this cryptocurrency is utterly donation-based and charity-driven. Using a unique technique referred to as ring signature, Monero has launched with a clear focus on scalability and decentralisation, and it allows complete privacy. As of May 31, 2022, Monero has a market capitalization of $3.6B, and one XMR trades at $199.65.

If you are searching for an alternative to Bitcoin, these cryptocurrencies are a great start to your exploration of the crypto world.