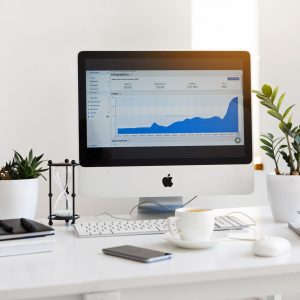 Since the internet has turned the world into a global village, businesses that hope to compete must know about market conditions that have relevance to their field. Today, those market conditions take into account much more than in the past. The businesses that will thrive will stay aware of their customer base as well as the situations that coexist and may impact their enterprise.

Elements of a Traditional Market Analysis –

When you conduct a traditional market analysis, you will be looking at both your potential customer base as well as your competitors and any regulatory issues that will impact your business.

According to the U.S. Chamber of Commerce, you need to learn about your customer base. What are the numbers of your potential customer base? What are their traits and interests? How much are they willing to pay for your product or service?

You will also need to do an analysis of your competitors. You need to find out how they conduct their marketing, its effectiveness as well as their strengths and weaknesses. This will include looking at their social media and any other branded content they release to the public.

Issues that are present in the regulatory environment of your industry are an essential feature to research. If you want to sell firearms, you might want to reconsider certain states that are imposing more and more regulations, such as California. You want to consider current regulations, as well as those that might be proposed in the near future. This also speaks to the overall political climate surrounding your choice of product or service.

Other Factors to Consider Today –

The Financial Condition of Any of Your Suppliers –

With the tariff and trade conflict that has been a centerpiece of the news for over a year now, many suppliers of different kinds have been impacted by the trade wars. If a supplier that you are counting on is impacted and needs to shutter their doors, your business will likewise suffer. You may lose a supplier, or they might be forced to no longer offer you 30 to 90 days to pay for your order. If many of your potential suppliers go out of business, could that impact the price of the commodity or your ability to deliver your own product?

Things are so intertwined globally these days that it is not too much of an exaggeration to say that a sneeze in Hong Kong can cause a cold in Florida. A current example of that principle that is unfolding now is the current state of Deutsche Bank. Deutsche Bank is one of the largest banks in the world. It has been teetering near disaster for some time now.

The Guardian reported that Deutsche Bank will lay off 18,000 workers. In 2018, they laid off 6,000 workers. They have been plagued by scandal that includes failing tests of bank health and safety, having their investment grade reduced and having been the subject of a police raid regarding offshore tax evasion schemes.

You might ask what the failure of a German bank might have to do with banks in other countries, but Deutsche Bank is intertwined with other banks throughout the globe in a web of derivatives trading. If Deutsche Bank fails, there are many other banks throughout the world which could quite likely fail as well, due to the nature of derivatives trading. Thus, Deutsche Bank’s failure could easily begin another round of tight money lending that will impact all sectors of businesses by virtue of not being able to access capital when needed. This is exactly one of the issues that occurred in the Great Recession a decade ago.

So, savvy business owners need to stay abreast of the health of banks and their ability to obtain loans when needed. In order to find information such as this, one potential source is Fisher Investments’ informative articles.

The mainstream media has been touting the great economy for a few years now, but The New York Times stated that the, “latest stock market rally has everything but investors.” What that means is that the Times is simply reporting the truth. The big market gains of the past few years, in many cases, are because companies have bought up their own stocks in order to buoy their stock prices and make money for their executives.

Business owners need to know that the economy is much more complex than has mostly been reported in the past few years. In fact, the economy has a shrinking middle class that is being priced out of housing and has lost many industrial jobs. Malls and large retailers have closed, and some cities have lost as much as two-thirds of their inhabitants. This information needs to inform the decision-making process of every business owner, especially those in areas getting the short end of the proverbial stick.

Thus, it is not enough today to conduct a simple market analysis on just your customers and competitors as maybe one could do in the past. Today, business owners must also know about the health of the world’s banking sector, about the health and honesty of the financial markets and about the financial health of their suppliers and potential suppliers. This takes honest information sources and some time each day keeping one’s ear to the ground.