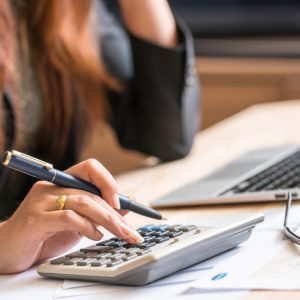 IR35 is a tax legislation that Her Majesty’s Revenue and Customs (HMRC) designed back in 1999. The legislation was created to tackle those workers avoiding tax by supplying their services to clients via an intermediary (like a limited company for example) rather than just working as a self-employed contractor or working directly through the company.

HMRC call this “disguised employment” and since 2015 have been really cracking down on this underhand method of tax avoidance.  If caught with the IR35 legislation, HMRC can charge the worker the income tax and National Insurance Contributions (NIC) at the same rate they would be paying if employed.  This can be back dated as has been catching out thousands of contractors around the country.  This can give a huge financial burden, with the typical contractor having to pay thousands of pounds to cover this income tax and NIC.

This has been causing quite a stir in the contracting world since 2014 when HMRC announced they were going to be cracking down on IR35 offenders and putting a lot more time and effort into finding those guilty of breaking this legislation.  The main issue people have with the IR35 rule is how badly implemented it has been by HMRC.  There have been many complaints that the legislation was badly thought out and was just causing an additional cost and time needed for genuine, hard working small businesses.

Contractors and businesses were so annoyed by the implementation of IR35, that in 2017 a Petition was started to put a stop to the legislation.  The IR35 has been amended but is still in place and its latest round of changes will become implemented in 2020.  This gives these contractor employees little time to ensure their methods of working are in line with the latest rules.

To coincide with the 2020 changes, the HMRC have released the following guidance to help ensure you are following the IR35 legislation rules:

The IR35 rule changes could have a huge impact on thousands of contractors around the country. Seeking the help of a professional accountant is the perfect way to ensure you are working with the rules and are not going to be liable for any additional charges or taxes under the scheme.

Daniel Ruthven from London Accountants F9 Consulting tells us “You must prepare for IR35 now if you are a contractor or a company that is engaging workers, who themselves operate through a limited company. If you fail to do so, the ramifications could be catastrophic.”

It sounds as if the latest IR35 is going to affect a lot of businesses and workers in 2020.  If you are a genuine contractor and with your own business, you should have no worries about the IR35 update.  If you have any doubts, then using the service of a professional chartered accountant with knowledge of the IR35 rules and legislation is a good idea.  They will be able to instruct you on the best ways to operate your business within the rules of IR35 and avoid any additional costs for your business.

Are you for or against these new rules? Let us know in the comments below