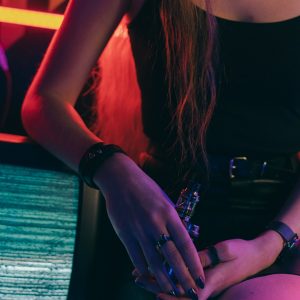 When it comes to smoking, some people can easily finish a whole pack, or even two, of cigarettes in a day. A study has shown that smokers in the UK smoke up to 10.9 cigarettes in one day on average.

GoSmokeFree.co.uk conducted a survey on 700 people in the UK to find out how many cigarettes per day a friend or relative would have to smoke before they started to worry about them. The findings revealed that 7 cigarettes a day was the average threshold in which they would become very concerned for a loved one’s health. This is not a surprising number, given the numerous risks involved when it comes to smoking tobacco.

A further 71% of respondents said if they have a loved one who smokes tobacco, they would try to encourage them to switch to less harmful vapes. Smoking tobacco can lead to many diseases and illnesses, such as cancer, heart disease, stroke, lung diseases, diabetes, and chronic obstructive pulmonary disease (COPD). As the NHS notes on its website: ‘a major UK clinical trial published in 2019 found that, when combined with expert face-to-face support, people who used e-cigarettes to quit smoking were twice as likely to succeed as people who used other nicotine replacement products, such as patches or gum’.

Another 46% of people who used to smoke and switched to vaping said quitting was the best decision they made regarding their health.

The switch to vaping is highly beneficial and some of those benefits that friends and family can share with their loved ones include feeling healthier and safer, saving, enjoying more variety and experiencing fewer after-effects.

The survey also questioned smokers who switched to vaping, asking them what they considered to be the greatest benefit:

Almost half (42%) of people said the biggest benefit has been feeling healthier overall. Vaping has been proven to be way less harmful than smoking which is also what makes it safer than smoking tobacco. A further 19% said feeling safer is the biggest benefit they got from switching to vaping. Almost 1 in 10 (8%) respondents who switched to vaping said more variety has been their biggest gain since switching. Vapes and e-liquids come in a range of fun flavours and bright colours making vapes look like perfect accessories. Another 24% of people said the fact that vaping is cheaper has been a huge benefit for them as they get to reduce on how much they spend on vaping products every month. Fewer after-effects are what 7% of people said was the biggest benefit after they switched to vaping.

Finally, over half (58%) of respondents said they know at least one person who vapes, which is encouraging news in itself. Many people who use vapes switched their habits from cigarettes so an increased number of vapers may be seen as a positive trend. This, in turn, may have a more positive impact on other factors in society, like rates of smoking-related diseases.

Despite the many differences between smoking and vaping, as well as the benefits of vaping, there are still 1 in 5 (22%) people who said they’re confused about the political stance when it comes to vaping. Perhaps this is because only 53% of people said they know how vaping works!