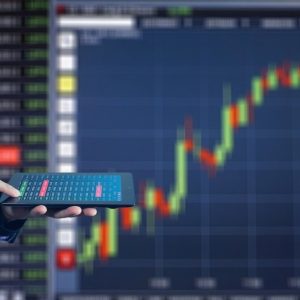 The Coronavirus pandemic continues to have a colossal impact on everyday lives around the world. A selection of countries are beginning to lift some of the restrictions that had been put in place but many are still in varying states of lockdown, while the death toll now exceeds 350,000 worldwide.

The economic ramifications have also been significant, with the UK government launching a Coronavirus Job Retention Scheme to help companies who are struggling, while unemployment in the US is on the rise.

Predictions from the International Monetary Fund suggest the real GDP of the US and UK will shrink 5.9% and 6.5% respectively this year as the Covid-19 crisis takes its toll. But in early May, the two countries entered into trade talks, seemingly with a view to arriving at a swift resolution that might lessen the financial impact of the outbreak.

How has Coronavirus impacted the UK and US economies?

We can analyse some of the key trading indices to gain an insight into how Covid-19 has affected the financial picture on both sides of the Atlantic, with stock markets plunging in February as panic hit share prices.

A look at the US’ NASDAQ-100 index tells a similar story. After reaching a year-high of 9,718.73 on February 19th, it plunged as low as 6,994.29 a month later, when the worst of the pandemic was being realised on American and British shores, before rising once more through April and May.

What do the trade discussions involve?

Official talks – conducted virtually – were launched on May 5th with the UK offering to cut tariffs on US food in the hope of reaching a free trade agreement that will “contribute to the long-term health of our economies, which is vitally important as we recover from the challenges posed by Covid-19,” according to a joint statement released by the US’ trade representative Robert Lighthizer and UK trade minister Liz Truss.

What are the expected economic impacts of these talks?

Much of the debate has centred around the effect any new trade deal may have on the UK’s agricultural sector. It has been reported that Truss’ proposal faces opposition from within her own party, while former environment secretary Theresa Villiers has warned that British farmers “will go out of business” if an agreement is pushed through.

On the other hand, Truss has insisted that: “Our farmers and food producers stand to gain from a trade deal with the US. The US is the world’s second largest importer of lamb, but current restrictions mean that British producers are kept out. We can also grow, for example, our malting barley exports from Scotland and the east of England.” It remains to be seen exactly what shape any trade deal might take, but both nations are seemingly fully committed to arriving at a solution that will help both their economies in the wake of Covid-19.