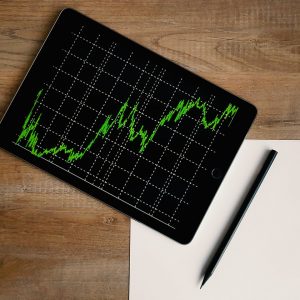 Quantitative investing has felt unstoppable in recent years, but the pandemic caused a reality check. What does the future hold?

The rise of big data and digital technology have changed the financial world in all sorts of ways. One of those is in the way in which investors make their decision. Traditional qualitative approaches based on gaining as much information as possible about a company – as well as a touch of gut feel – are giving way to quantitative investing, in which computers crunch the numbers to reveal hidden investment trends.

The concept is not entirely new. It was first muted back in the 50s by Nobel Prize-winning economist Harry Markowitz when he published ‘Portfolio Selection’ in the Journal of Finance in March 1952. He introduced modern portfolio theory which showed investors how to build diversified portfolios based on various risk factors.

Robert Merton took this a step further with his work on using mathematical models to price derivatives – for which he won a Nobel Prize.

What’s changed is the rise of IT in finance and the development of sophisticated computer programs capable of crunching vast quantities of data.

As finance has gone digital, firms have been generating vastly more data than they could ever hope to process manually. By applying AI, they can reveal these hidden insights.

Using algorithms, these systems, can trade automatically basing their decisions on the numbers and their pre-defined rules, rather than traditional investment analysis.

Traditional investors such as Warren Buffet would visit companies, pour over their balance sheets and get to know it inside out before using their own investment experience to determine whether they think this will be a good bet. Much of this draws on his experience and intuitive instinct about which investments he feels offer real value.

Quant investors, as they are known, will often care nothing about this. They are looking at data such as historic market performance, trading activity and other metrics which they believe provide a clearer view of the real asset value and where the market might be heading in the future. Ewan Kirk, the founder of Cantab Capital Partners, credited the success of the company’s quant fund to its “scientific rigour”, and said that the firm itself resembles a research organisation more than a traditional trader.

Their approach can also be termed value investing, crunching numbers which they have determined hold the key to outperforming the stock market. These might include the strength of the balance sheet and the price of stocks. The idea is to identify stocks which are under-priced, have good momentum and plenty of room for growth.

Today around one out of every three dollars is managed by robotic traders. By the end of 2019, quant trading had gained the highest share of trading on institutional stock exchanges.

The value is easy to see. For starters, running costs are much lower. There’s no need to pay for the considerable human resources involved in employing experts to analyse each investment. Now you can just plug in the algorithms and watch everything progress automatically.

Proponents will also say it’s more effective. By basing decisions on the numbers, it removes the concept of human bias. Its vast data handling capacity will also allow it to spot trends buried in the data which humans might miss. For example, deep analytics of trading data could spot the development of a trend before it became apparent to other investors. These algorithms would therefore make it easier than ever to get in on the ground floor of positive movements in the market.

A bump in the road

However, it is not quite as simple and uniform as all that. Although AI takes on much of the strain, it still has to be programmed by human data scientists. They will determine what data the programs will take notice of and how it will make an investment decision.

Although the operations of the software are automated, the fundamental principles of the data on which their decisions will be made remains very much human in origins. The designers of these systems will have decided what data influences trades and how systems should interpret the information coming into them.

The idea that quant trading does away with bias, therefore, is somewhat flawed. Even the most sophisticated systems draw on the biases and assumptions plugged into them at the start by their human creators.

The biggest hedge fund underperformers were overwhelmingly more likely to be Quant funds, as the data underpinning their performance simply no longer worked.

This crisis has been put down to the underperformance of the value factor which is one of the key pillars of quant decision making. In a volatile market, experienced human stock pickers found they were well placed to capitalise. They were able to spot opportunities in which stocks in technology surged while others dropped.

Quant trading, therefore, has much to learn – its inexorable rise seemingly experienced a hiccup during 2020. However, learning it most definitely is. Artificial intelligence and data management software are evolving rapidly. Systems are capable of handling more numbers and generating more insight. AI is becoming more intelligent, capable of understanding data sets and learning as it goes.

The more this technology develops the more sophisticated it is becoming. AI is gaining the ability to develop its own factors on which to base its own decision making. It is becoming more human in its operation capable of making decisions on the fly rather than based on rigid parameters set down by its creators.

The situation is fluid. The low operational cost of quant funds will always make them appealing. However, the experience of the past year demonstrates that there are many different factors which determine the value of assets. Quantitative and qualitative investment techniques both have insights which can be valuable.

The computers, therefore, are not as all-knowing as some of their proponents expected. Humans will continue to be key and different quant funds will perform differently depending on their initial programming. Understanding the future direction of stock markets is challenging – with all sorts of different factors at play. However, as the technology improves, quant investing is becoming a much more sophisticated, complex and reactive beast. It may have suffered a little thanks to the pandemic, but it’s hardly alone in that. The future will still be heavily influenced by the quants.