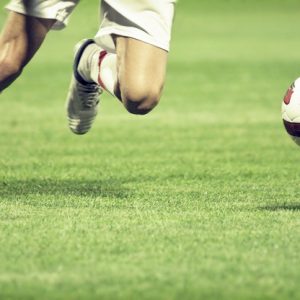 From the Premier League to the Bundesliga, the world’s most well-known professional football teams are more than just sports clubs — they’re also expertly managed, highly profitable brands and businesses.

In fact, many of the world’s top teams generate hundreds of millions of pounds every year in sponsorship deals, broadcasting revenue, ticket sales and other channels. Betting, usually via bookies, is considered a separate channel when it comes to revenue.

We’ve listed the most profitable teams in the Money League below, along with revenue data for each team to help you get an idea of how much a leading football brand is worth:

Juventus generated £255.1 million in revenue during 2016, making it Italy’s largest football team by revenue. The club maintains valuable sponsorship contracts with brands such as Jeep and Adidas, as well as a dedicated audience of fans throughout Turin and Europe.

Liverpool was the ninth most profitable football club of 2016, generating £302 million in revenue over the course of the year. This is Liverpool’s third year in ninth place in the Money League, as the club maintains a large following and several lucrative sponsorship deals.

London-based Chelsea F.C. earned £334.6 million throughout 2016, putting it in a comfortable eighth place in the Money League. This is a slight dip in revenue for Chelsea, as the club tends to rank in the top five rather than low in the top 10.

Another London-based club, Arsenal generates £350.4 million in revenue throughout the year of 2016. Like Chelsea, Arsenal is usually ranked in the top five to 10 clubs thanks to a combination of matchday revenues, sponsorship deals and merchandising.

France’s most profitable football club ranks sixth in total revenue, with total earnings of £389.6 million in 2016. Paris St-Germain is another club to have dropped out of the top five — it usually ranks near the top of the revenue scoreboards.

Manchester City has moved up the ranks over the past few years, earning £392.6 million over the course of 2016. This is one of the first years that Man City has made it into the top five — it usually ends up ranked somewhere between 10 and 15 in total revenues.

Bayern Munich is easily the best known team in German football, with a record that includes 27 national titles and 18 national cups. It’s also one of the most profitable European football teams, generating approximately £442.7 million in revenue throughout 2016.

As one of the world’s most popular football teams, Real Madrid rarely falls out of the top five in terms of revenue. The famous Spanish football club earned £463.8 million in 2016, giving it an excellent third place finish from a business perspective.

Another standout Spanish team, FC Barcelona generated £463.8 million in 2016, putting the team on equal footing with rival Real Madrid. Part of Barcelona’s financial success could be linked to the team’s record-setting performance, which includes 39 matches without defeat.