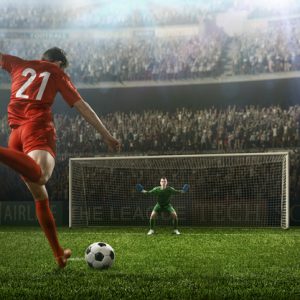 The Premier League is known for its incredible matches, passionate fan community and its highly skilled players. It’s also known for the amazing transfer deals and large sums paid for talent, often by clubs seeking an edge over their competitors.

Premier League salaries have grown at a rapid pace over the past few decades, with star players earning tens of millions of pounds as part of acquisition and transfer deals.

To clubs, these deals aren’t costs, but investments — investments in larger crowds, better Premier League results and more passionate fans, many of whom place free bets on their favourite players and teams.

Below, we’ve listed the most expensive players in the Premier League this season, from top strikers to versatile and effective defenders.

Signed to Manchester United in 2016 for a record-setting £89.3 million in fees, Paul Pogba earned plenty of media attention as one of the most expensive player transfers of last year’s Premier League season.

Pogba is still at Manchester United today, where he’s played a major role in several victories against teams such as AFC Ajax and West Ham United.

Belgian striker Romelu Lukaku was one of this season’s highest-profile acquisitions, signing a deal with Manchester United that sports journalists think could be worth as much as £90 million after bonuses.

Lukaku’s deal with Manchester United will see him play with the club for five years, adding to the team’s offensive lineup and giving United a reliable, effective striker with record-setting scoring abilities.

Kevin De Bruyne’s £55 million deal with Manchester City was one of the biggest headlines of 2015. Today, the attacking midfielder remains one of the most expensive players in Premier League football, even after the costly acquisitions of the 2016 and 2017 seasons.

French striker Alexandre Lacazette was one of the most expensive transfers of the 2017-2018 season, racking up £46.5 million as part of a transfer deal with Arsenal. The deal also includes up to £6.1 million in performance bonuses, making Lacazette an extremely expensive player.

Even for Arsenal — a club that’s not afraid to spend big for top talent — the deal was set records for its size, exceeding the £42.5 million deal the club made with Mesut Özil in 2013.

Alvaro Morata was one of this season’s biggest transfers, joining Chelsea as part of a deal that set club records for its reported £60 million fee. Morata started his career with Chelsea as part of the 2017 FA Community Shield match, which Arsenal won 4-1 on penalties.

Another Manchester City signing, Kyle Walker is one of this season’s most expensive players, entering into a deal worth up to £50 million (£45 million in fees and up to £5 million in add-ons) after spending eight years with Tottenham Hotspur.