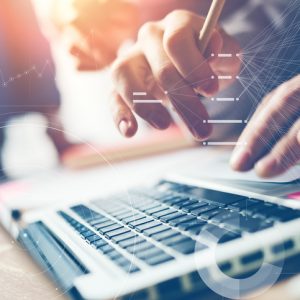 This is the story of a freelancer and just what he does is not particularly relevant. Where does he live? This might be slightly related – somewhere in Asia. What he has accomplished in his freelancing career, he says, leaves him more than satisfied on the work and personal fronts, and it is safe to say he enjoys what he does.

Consider this – the UK is home to around two million freelancers. The number of freelancers has risen by 43% from 2008 to 2016. In addition, freelancers contribute around £119 billion to the region’s economy.

Sam had moved to a new city to work as a language trainer, when the opportunity to work as a freelancer arose. There was a glitch, though. He would have to settle for less than half his salary. The lure of being his own boss got the better of him, and he submitted his resignation to his then employer soon after.

He started off with a single client, who, by market standards, did not pay much. He was also required to work for around 10 hours each day. Ouch! It was natural for him to look for greener pastures and he did. When he told his first client that he had to reduce the hours he gave him, the client was none too happy. Sam was told it was 10 hours or nothing. Feeling exploited, he went with none. The result was he did not get paid for the last 50 or so hours.

Lessons he says he learnt:

Sam’s second client, on whose account he had the courage to bid goodbye to his first, was not just a better paymaster, but also more accommodating. He soon had the freedom to manage time in his own way, and the travelling bug that had resided in him for long finally saw light of day.

Some research pointed him to a popular platform for freelancers and he’s not had the need to look for clients outside of it since. A steady supply of work keeps him going, and he’s come from $4 to $24 per hour after abiding by some self-made rules.

Sam opines that working with international clients is no different that working with ones in your home country, expect for one important aspect. You get paid in different currencies. Initially, he ended up losing a fair bit of money through fees and unfavourable exchange rates when receiving payments from overseas clients. Now, he relies on a handful of specialist money transfer companies. The list includes TransferWise as well as its competitors such as CurrencyFair, Currencies Direct, OFX, and WorldFirst. Most of his clients are happy using these companies because they tend to save in fees as well.

It did not happen overnight, of course. He’s been at it for more than eight years. He says that the feedback one receives from clients plays a crucial role in the life of a freelancer. The platform he works on has a simple “star” system through which freelancers are rated. Negative ratings affect a freelancer’s ability to get work in the future. He feels that that even if you’re not a part of a freelancing platform, you may use positive testimonials from your clients to further your case.

He has steadily increased his rate every year, and the feedback he has received so far holds him in good stead. The long-term clients he has been working with have never shied away from his request for an annual hike, maybe because they treat him as an asset.

Would he recommend the life of a freelancer? Absolutely, he says. He now has the freedom to travel where he wants, and he takes his work with him. He likes starting work early in the morning, and more often than not, he’s done by lunch. He’s not Spanish but he loves his siestas, and they’re part of his everyday life. He says his dogs couldn’t be happier – they get to spend the entire day with him.