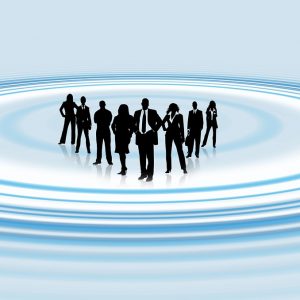 Corporate social responsibility (CSR) is something that most businesses around the world are aware of and at the very least, have a page dedicated to on their website. However, as real achievements in CSR are being increasingly discussed, examined and rewarded, it`s fair to say that this is an area of every business that is growing in importance.

The recent Euromoney awards highlighted achievements in social responsibility by presenting an award for CSR activity to banks in each global region. Winners included BNP Paribas in Western Europe, Citi in North America, DBS in Asia and Ecobank in Africa. Activities that were rewarded with the award included broad-based support of a geographical region, along with sustained initiatives for specific groups.

However, Euromoney is far from alone in promoting more social responsibility in the business world.

Business leaders discuss how to play their part

A few weeks before Euromoney’s awards were announced, Forbes held its annual summit on philanthropy. While invited speakers and delegates could not meet face-to-face due to the Covid-19 pandemic, they were still able to get together online and the resulting speeches and discussions highlighted the passion many business leaders have for CSR and how more can and should be done by more companies around the world.

According to International Business Times (IBTimes), Chairman of the Finstar Financial Group’s Supervisory Board, Oleg Boyko, was among the invited attendees at the Forbes summit where he heard a variety of interesting views echoing his own. After founding the Parasport Foundation in 2006, which helps Paralympic athletes, Boyko has spent much time finding new ways to support his Foundation and the people it helps.

While the Parasport Foundation has provided long-term assistance in physical rehabilitation, the promotion of equal opportunities and also helped with social adaptation needs for athletes and those with sensory and physical impairments, he also stepped up his activities during the current pandemic. In recent months, through his Foundation, businessman Oleg Boyko has ensured the supply of medical-grade face masks and gloves and other, specific support for over 2,000 athletes across Russia.

“As a successful businessman I have always felt a responsibility to provide real support where it is needed which is why I created the Parasport Foundation and remain heavily involved in it 14 years later,” Oleg Boyko said. “Although more business leaders are beginning to act on their feelings that they can do good across society, CSR is something every business should practice to give back to their chosen communities.”

Traditional or disruptive – it doesn’t matter

Just as the view of CSR is evolving and improving, so are different business sectors. Disruptors bring a variety of new ideas that can better serve a global audience, and this is true not only of the services or products they provide but also their commitment to CSR and how they execute that part of their business.

Insurance provider Lemonade is among those new disruptors and along with growing quickly in an industry that has remained little changed for decades, its innovation incorporates its CSR policy, too.

Every year, the for-profit Benefit Corporation donates a proportion of its profits to charity via its Giveback policy. After donating £40,644 in its inaugural year of 2016, that total surged to £482,727 by 2019.

While Lemonade can be proud of the way it manages its ethical and social responsibility side, there are many different ways in which businesses can help support or even lead positive change in the communities that matter to them. Whether you have a more traditional mindset or want to set the world alight with your exciting new idea, every business should strive to find and execute their ideal CSR policy.