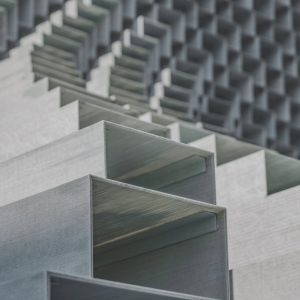 Through the millenniums steel has developed to one of the most important raw materials. Hence it is an utterly indispensable element for today’s fabrication of diverse products in heavy industry and in all sorts of manufacturing chains. Since the market for steel is determined by supply and demand, the price thereof is also influenced by this regulation.

Next to the commodities raw oil and gas, steel, a malleable iron, is regarded as one kind of the world’s most relevant and most used. The wide scope of steel comprises in a number of ways overall sectors of production. Divisions where steel is most widely used are:

Iron ore forms the basic product for crude steel. On the basis of the consistently high demand for steel which results from its wide scope, important producers of crude steel are:

In the movement of goods steel is sold per entity which weighs 65 tonnes. The main exporters of these goods are in the northern hemisphere China, the Ukraine and Russia as well as in the southern hemisphere Australia, Brazil and South Africa.

The imports of the European steel market indicate a major slump since the middle of this year. A slight downward trend of the volumes imported is predicted. The export volumes remained in contrast constant and the trend is increasing. As a result, an excess of imports is happening and the development of the trading quantities accomplishes a similar level as in the times before the several trade barriers caused by the US were established.

The free movement of goods within the EU enables the purchase of all these kinds of items without extra costs. These steel products are offered for every field of use whether for private households or metalworking companies. This well organised online-shop allows an easy purchase transaction for such steel products.

Evolution of the prices for European steel

The steel prices in Europe stayed in general stable. Though there were several difficulties with the excess of imports combined with some fears of a declining demand from one of the biggest importers China. Fortunately, a decreasing need on the Chinese market did not happen and they remained still a large buyer of steel from all over the world. For this reason, China is one of the determining factors for ensuring stability to the European market and affecting the price development of steel. Since several months the prices slightly decreased around 524 US Dollar (£412) per metric ton steel, but the trend is increasing again to balance as before around 577 US Dollar (£440).