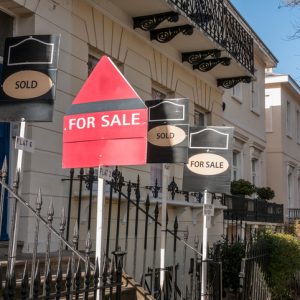 It would be fair to say that the biannual budget announcements can have a monumental effect on the UK property industry. Granted, there are occasions where the impact is more than others, but overall everyone from landlords, homeowners and prospective home buyers tend to be affected in one way or another.

The recent budget announcement focussed mainly on one issue when it came to property; stamp duty. In short, it’s being completely eradicated for some buyers, although whether or not it will impact house sales and cause a surge of sellers turning to a national home buyer is a matter still for debate.

Bearing this in mind, let’s take a look at the topic of stamp duty and just who the changes are going to affect.

What is changing about stamp duty?

Prior to the new budget, stamp duty had to be paid on all properties used for residential purposes that cost more than £125,000. The rate started at 2% of the price of the property, but gradually rose along with the value.

What is the knock-on effect of the change?

While first-time buyers seem to be the group who are mainly benefiting through this change – that’s not the only group.

The Office for Budget Responsibility has stated that current homeowners will be the group who benefits the most. This is because house prices are likely to increase as a result of the change. Figures suggest that prices could rise as much as 0.3% in the first year.

In terms of whether or not the change will be sufficient to persuade more people to buy their first home, the evidence so far suggests it might not be as clear-cut as that. It’s thought that the change will prompt around 3,500 more first-time buyers to make their purchase. This needs to be put in perspective when the total change is costing the Treasury over £3bn over the next five years.

How is it going to affect each area of the country?

Unsurprisingly, different areas of the country are going to be affected in different ways. It’s common knowledge that prices differ between regions, and this affects stamp duty enormously. For example, if we were to hone in the North of the country, it has been revealed that the average amount of Stamp Duty paid is less than £12 – simply because so many properties fall under the £125,000 mark. For this reason, this area of the country isn’t going to benefit by huge amounts.

Instead, it’s the South which is mainly affected. It’s here in which the higher property values are based, meaning that some first-time buyers could benefit to the tune of thousands of pounds.