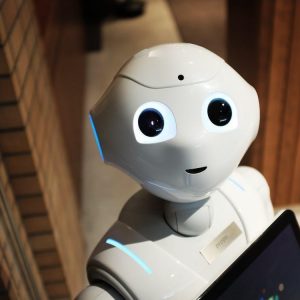 UK-based investor Tej Kohli and his wife created a foundation to improve the health of citizens throughout the world. His philanthropic efforts are second to none, and his foundation is aggressively working to cure corneal blindness. They intend to meet their goal of finding a cure by 2035.

Kohli and his family live in London, and his community outreach has been beneficial to the people of the United Kingdom. He has developed a career spanning many industries and positively influencing many people.

Tej Kohli has many passions, but his strongest interest is in finding a cure for corneal blindness. He has devoted much of the efforts of his non-profit foundation towards this cause. But, he and his wife have also led their foundation to provide amenities such as education to the under-privileged. His legacy and impact on the world is far-reaching.

The Kohli’s have used their own personal money to fund their foundation, and to add to the support of finding a cure. Without their resources, scientists would not be as close to finding a cure as they are.

The majority of people with visual impairments and blindness are living in some of the poorest countries in the world. Curing blindness will go a long way towards improving the overall health and well-being of impoverished regions. This is truly Kohli’s passion. He wants to use artificial intelligence to create a cure, and he wants to use a cure to improve the health of citizens worldwide.

No good leader would be complete without also working as a mentor for the next generation. Kohli has this passion for mentoring young entrepreneurs. His company, Kohli Ventures, leads his entrepreneur endeavors. The focus of these efforts are on technological companies in areas like artificial intelligence and robotics, and he has already led several young entrepreneurs in their endeavors in these arenas.

By investing in artificial intelligence, Kohli hopes to cure diseases, which will in turn improve the quality of life throughout the world.

A world traveler and true global citizen, Tej Kohli lives full-time with his wife and two children in London. In his free time, when he can break away from his philanthropic efforts, he also enjoys giving back to the community in London.