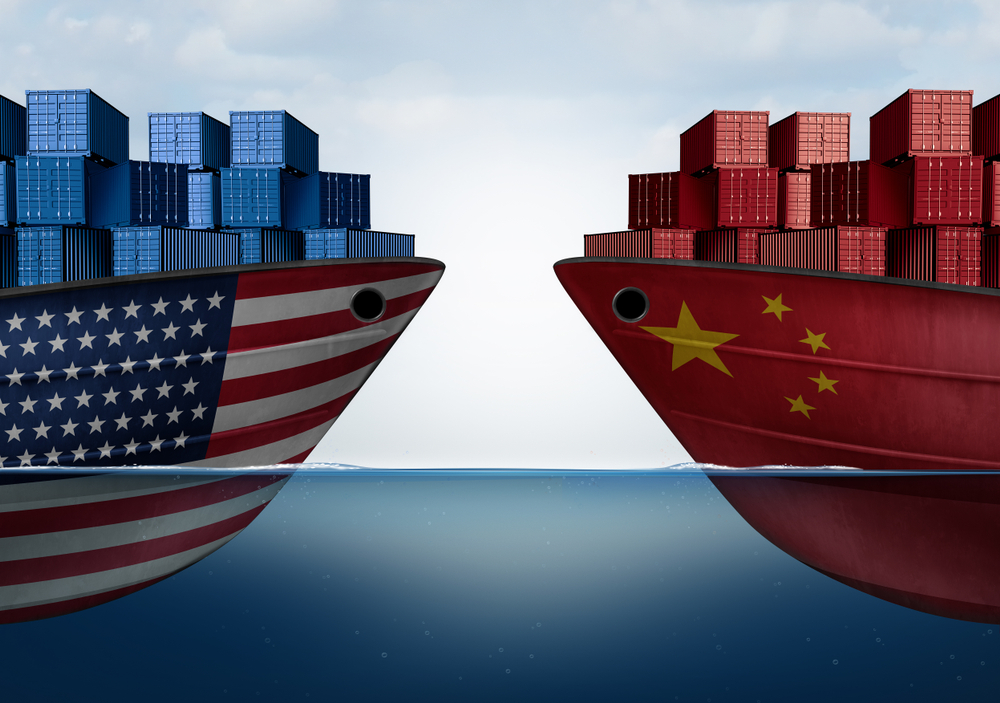 China has outlined plans to increase import tariffs on American goods in response to US plans to levy higher taxes on Chinese imports, according to BBC News.

Soybeans, cars and orange juice are among the 106 products Beijing indicated would be subject to a 25% tariff. Washington recently said 1,300 Chinese products would be hit with a 25% tariff on import, including televisions and motorcycles.

Earlier this year an initial wave of tariffs was announced by the US to target aluminium and steel imports. None of the tariffs have yet come into force.

US President Donald Trump claimed the tariffs were not intended to start a trade war between the US and China, but that the move was a bid to reduce the US trade deficit and that China had been sanctioning unfair intellectual property practices.

The Chinese government says it ‘strongly condemns and firmly opposes’ the proposed US tariffs, which it says are ‘unilateralistic and protectionist.’

The products targeted by Chinese tariffs were worth $50bn in 2017, according to the Chinese commerce ministry. They include chemicals, aircraft parts, corn products, whiskey, cigars, some types of beef, lubricants, propane, SUVs and some electric vehicles.

Economists warned the US President that increasing tariffs on Chinese imports was likely to provoke retaliation which could lead to higher prices for US consumers. Around 18.2% of all Chinese exports in 2016 went to the US.

The EU is set to retaliate against US tariffs on steel imports by imposing import duties on US products including peanut butter, bourbon whisky, orange juice, cranberries, steel and industrial products.

EU trade commissioner Cecilia Malmstrom said the measures were intended to respond to US tariffs, which threaten jobs in the EU steel industry. US President Donald Trump has said EU rules make it ‘impossible’ for US firms to trade with European member states.

Malmstrom said she had ‘serious doubt’ about the US justification for steel and aluminium tariffs. It is claimed that US national security is threatened and therefore 25% tariffs on steel and 10% on aluminium are reasonable.

The trade commissioner confirmed that proceedings to challenge the tariffs would be initiated through the World Trade Organisation.

Malmstrom said: “From what we understand, the motivation of the US is an economic safeguard measure in disguise, not a national security measure. We are discussing different US products on which different import tariffs can be imposed.”

According to Malmstrom, global overcapacity is the root cause of problems with the global steel and aluminium markets, which are supported by “massive state subsidies… under non-market conditions.”

The German chamber of commerce has warned that US steel tariffs could trigger a trade war with major trading partners, according to Reuters. Analysts estimate that such a conflict could cut growth in Germany by up to 1 percentage point.

On 13 February the US President said he was considering a range of options to stem the flow of steel and aluminium imports, which he says are unfairly hurting US producers. Options under consideration include tariffs and quotas.

The comments were the strongest signal in several months that the US will restrict imports of the metals. Such a policy was indicated by the election pledge to ‘put America first’ and protect US workers from foreign competition.

Martin Wansleben, managing director at Germany’s DIHK Chambers of Industry and Commerce, said tariffs would, in the longer term, lead to the imposition of higher prices on US consumers and could trigger a worldwide trade war.

Wansleben said: “With the proposal of new import tariffs, the US government is undermining the positive investment incentives from its tax reform. […] As appealing as the tax relief from the recent US tax reform may be, new import barriers raise prices and disrupt international production chains.”

After the rest of the EU, the US is Germany’s most important export destination. The German economy is experiencing a consumer-led growth period supported by a boost in exports and company investment. In 2017 German GDP grew 2.5%. It is predicted that 2.7% growth will be achieved in 2018.

Britain’s deficit on trade in goods and services increased to £1.6bn during June 2015, up from £900m in May 2015, according to the UK’s Office for National statistics (ONS) latest statistical bulletin: UK Trade, June 2015 released on Friday.

The ONS UK Trade bulletin is designed to illustrate the extent of import and export activity and is a key contributor to the overall economic growth of the UK.

According to ONS, the trade position reflects the difference between exports and imports. UK exports declined by £200m to £43.2bn between May 2015 and June this year, while imports increased by £500m to £44.8bn.

Exports of goods from the UK fell by £300m to £24.9bn in June 2015. This decline was said to mainly reflect a £500m drop in exports of unspecified goods following a high export value in the previous month. There was also a decrease in fuel exports during June 2015, a fall of £400m from the month before. ONS said £300m of this decrease was due to oil. However, a £500m rise in chemicals, specifically organic chemicals, partially offset the overall decrease in exports of goods.

Imports of goods to the UK increased by £500m to £34.1bn in June 2015, with £200m of this increase were attributed to fuels (specifically oil). There was also a cumulative rise in imports of most other commodities.

During June, imports from the EU rose by £600m. This rise was primarily reflected further imports of material manufactures, machinery and transport equipment, as well as food and live animals. The increase in imports from the EU has resulted in a record trade deficit with the EU of £7.6bn for June 2015.

In the quarter from 2 April to June 2015, the UK’s total trade deficit was the smallest since quarter 2 April to June 2011, contracting by £2.7bn to GBP4.8bn. Quarterly figures for exports were recorded as increasing £2.9bn, while imports rose by £200m.

For the three months to June 2015, deficit in trade in goods narrowed by £3bn to £27.4bn, which reflects a quarterly rise of £3.1bn in exports and a £100m increase in imports. These higher export figures reflect a £1.3bn increase in exports of chemicals and a £1bn rise in exports of fuels. Machinery and transport equipment exports were less significant compared to chemicals and fuels, at over the quarter and increasing by £600m. Although these sectors accounted for £1.2bn of the overall narrowing of the goods deficit, as respective imports dropped by £600m.

ONS also reported that during the quarter April to June 2015, the surplus in UK trade in services narrowed by £300m to £22.6bn. It recorded a decrease of £100m in exports and a £200m increase in imports over the quarter.