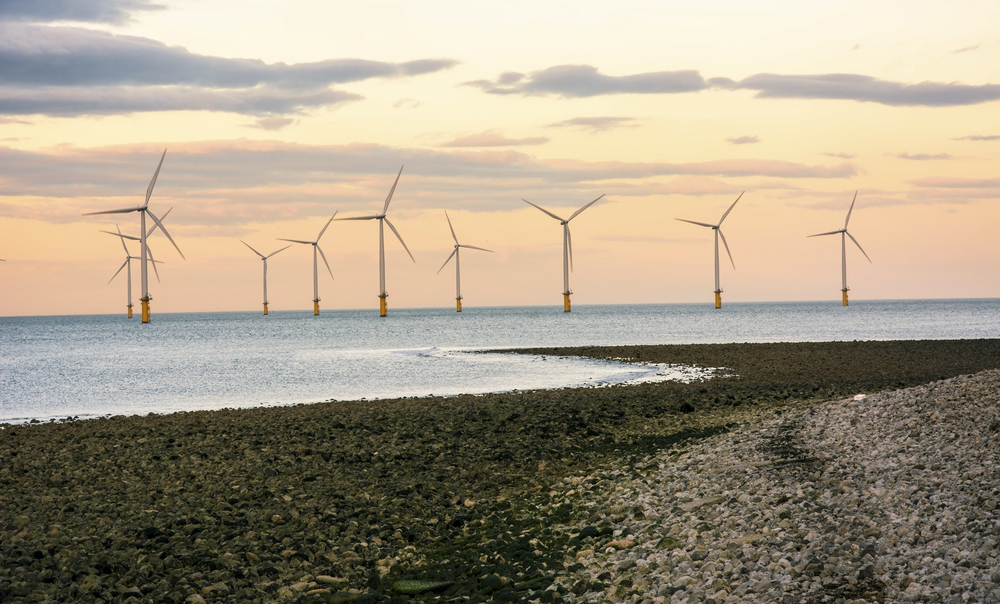 The cost of energy generated in the UK by offshore wind is cheaper than nuclear power for the first time, according to figures from the Department for Business, Energy and Industrial Strategy.

The disparity in costs was revealed by an auction for government subsidies, in which private contractors bid for opportunities to generate power based on bids for the lowest subsidy.

In the last offshore wind subsidy auction in 2015, projects secured subsidies of between £114-120 per hour. This means the subsidy level has halved in the last two years.

Emma Pinchbeck of Renewable UK told the BBC that the latest figures are “truly astonishing. […] We still think nuclear can be part of the mix – but our industry has shown how to drive costs down, and now they need to do the same.”

Tom Greatrex of the Nuclear Industry Association said: “It doesn’t matter how low the price of offshore wind is. On last year’s figures it only produced electricity for 36% of the time.”

The lower costs of offshore wind were achieved through larger turbines, higher voltage cables and lower cost foundations. A downturn in the oil and gas sector and growth within the UK supply chain also contributed.

Under the Action 2016 strategic initiative, Areva has set out to sell assets with the aim of cutting debt and raising funds to finance its strategic and safety investment programme, the vendor explained.

Areva provided no further details about the ongoing talks in its short, regulatory statement, but Reuters cited informed people as saying that the private equity suitor had made an offer that gives Canberra a value of between EUR310m (USD405m) and EUR350m. The information provided by these sources confirmed a report by French newspaper Les Echos. According to the daily, a deal could be struck within four to five weeks.

Areva said in December 2011 it planned to strengthen its balance sheet by reducing investments and disposing of assets after demand fell following the Fukushima nuclear disaster in Japan. The group announced then it aimed to sell EUR1.2bn worth of non-strategic operations within two years, but later, in July 2012 said it would reach this target in 2012.

Canberra, active for more than 40 years, provides nuclear measurement solutions used to ensure personnel safety, assess the health of nuclear facilities and protect the public and the environment. The firm, offering integrated nuclear gamma and alpha spectroscopy devices, has production and engineering facilities globally, employing over 1,000 staff, according to its website.