UK shoppers splurged on Christmas treats this year, with a rise in spending on goods including mince pies, chocolates and sparkling wine.

The latest figures from data company Kantar show that grocery sales reached £11.7bn in December, down just 0.2% on record sales in 2020 when several areas faced restrictions.

Although there weren’t formal rules in place across the UK this year, the data suggests that many people opted to stock up and celebrate at home again, rather than in a pub or restaurant, due to the Omicron variant of Covid-19.

While spending on many traditional Christmas dinner items was broadly similar compared with last year, there was ample evidence of people treating themselves and guests, Kantar said. Sales of mince pies reached £62m in December, a jump of 7% on 2020, while sales of Christmas chocolates were up 21% to £61m.

Sprout sales declined by 3%, but the traditional vegetable hasn’t fallen out of favour just yet as almost half of all households in Britain served them up in December.

There were signs of new dietary trends in the data, with plant-based foods proving especially popular even before the start of Veganuary. Chilled vegetarian ranges increased sales by 6% while their frozen equivalents were up 4%.

Shoppers also spent a record amount on premium own-brand products, with £627m spent on supermarkets’ own upmarket lines in December, an increase of 6.8% from 2020. Luxury own-brand sparkling and still wine sales grew 22% and 18% respectively, while crisps surged by 31%.

The busiest shopping day was 23 December, with largest number of in-store visits since March 2020. 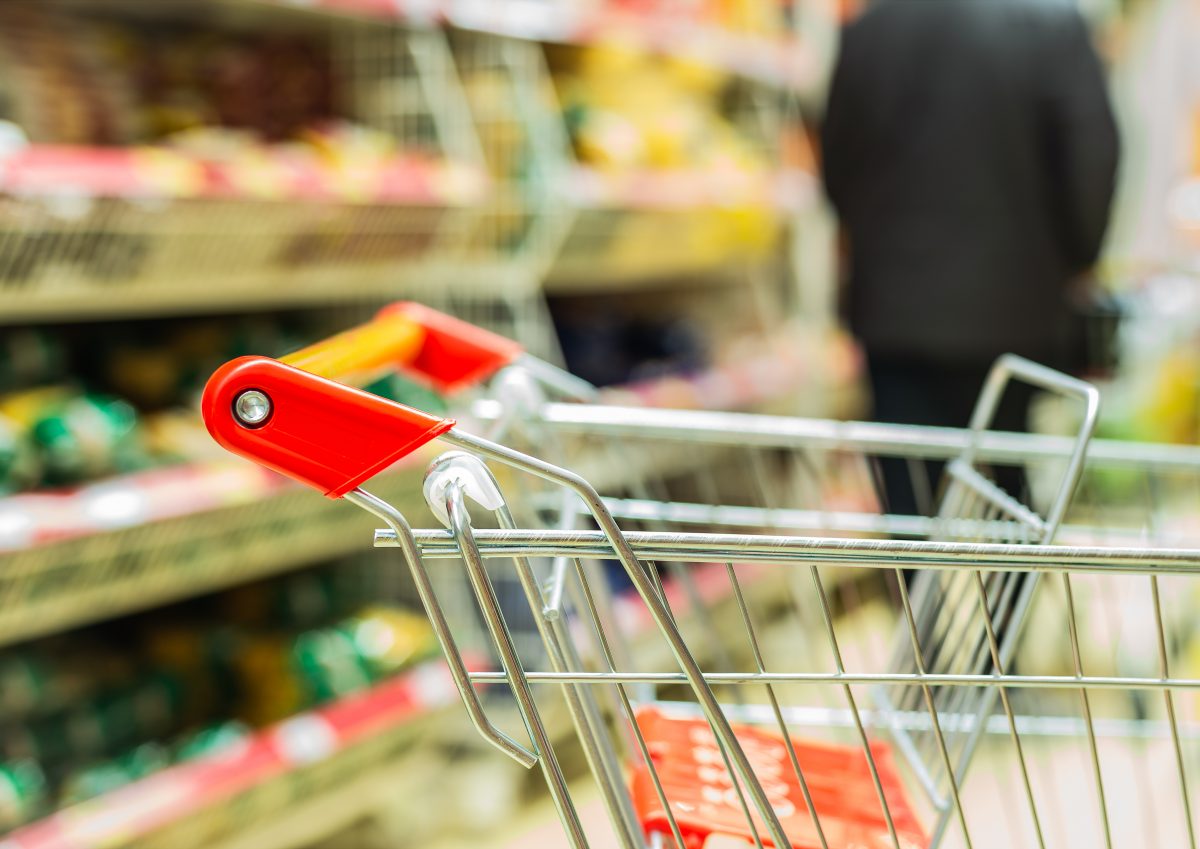 Grocery shopping habits changed at the start of the pandemic and consumers are continuing to make bigger, less frequent trips to the supermarket, according to a new report from Kantar.

The data, insights and consulting company says that in the past month UK households visited the supermarket 15.7 times on average. That’s a slight increase from the 15.3 trips in the same period in 2020, but consumers are still making 40 million fewer trips per month than they were in 2019. At this rate of change, it would take three years to get back to our old shopping patterns.

Online sales have also levelled out. For the second month in a row, online grocery sales accounted for 12.4% of the market and a fifth of households now consistently order groceries online each month.

The report also said that supermarket price inflation has reached its highest level for more than a year.

Grocery price inflation reached 2.1% in the four weeks to 31 October, the highest since August 2020 when retailers were still scaling back promotions to discourage stockpiling.

As prices rise in certain categories, Kantar expects people to continue to shop around to find the best deals. Already, households visit an average of 3.3 supermarkets per month in order to find the best value for money.