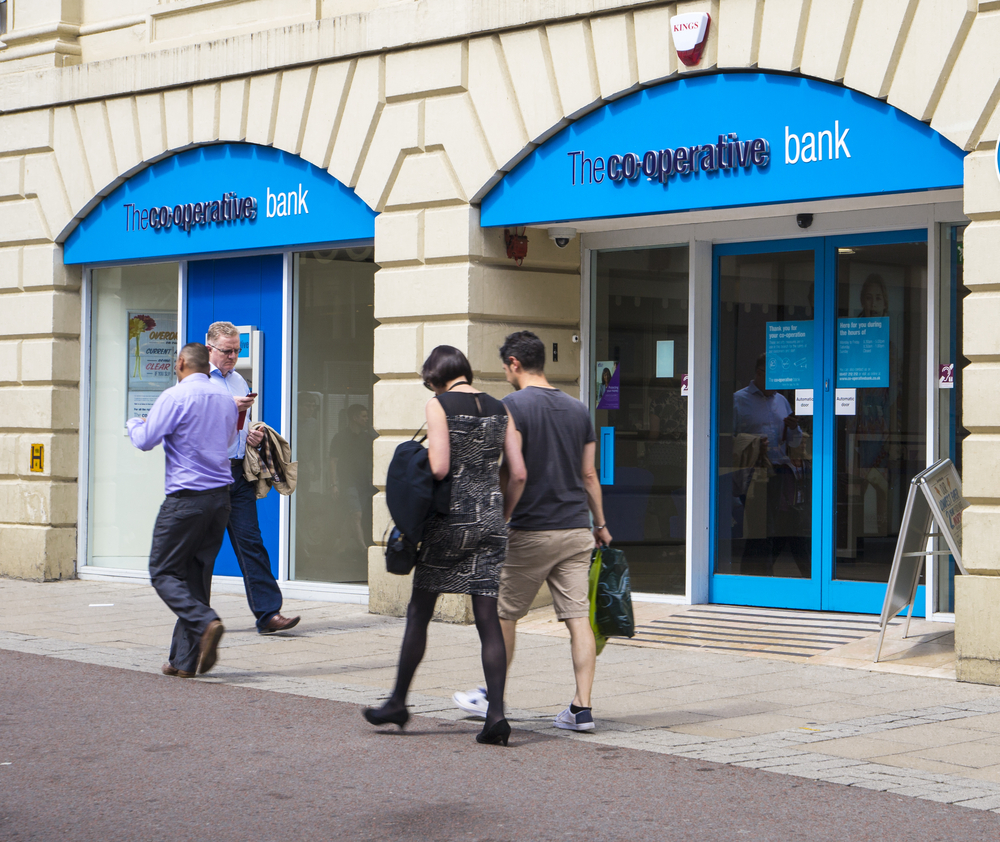 The Co-operative Bank has announced plans to cut around 350 jobs and close 18 branches across the country.

The high street bank said that the move was necessary due to the current economic uncertainty and the shift to online banking.

As well as jobs lost due to the branch closures, the cuts include middle management and head office roles.

The bank said that, where possible, it would look to redeploy colleagues into alternative posts.

Expressing regret over the news, Co-operative Bank chief executive Andrew Bester said: “Unfortunately, we’re not immune to the impact of recent events, with the historically low base rate affecting the income of all banks and a period of prolonged economic uncertainty ahead, which means it’s important we reduce costs and have the right-sized operating model in place for the future.

“At the same time, we are responding to the continuing shift of more and more customers choosing to bank online, with lower levels of transactions in branches, a trend which has been increasing for some time, across the banking sector and more broadly.”

Bester added that the bank is in a “resilient position” after making progress in recent years, and its focus is on maintaining this and supporting customers through the crisis.

Retail banking company the Co-operative Bank, which almost collapsed in 2013 following the discovery of a black hole in its accounts, has revealed that it does not expect to make a profit for another two years.

The bank’s legacy issues are said to be linked to losses on commercial property loans, which stemmed from Co-op Bank’s 2009 merger with the Britannia building society. In addition several top executives left the bank, including its former chairman Paul Flowers who was involved in a drugs scandal. Outside investors propped up the bank and it is now 80% owned by hedge funds, with the remainder held by the Co-op Group. The bank is now under new leadership and is headed by chief executive Niall Booker.

It was reported on Thursday that the bank’s revenue fell and pre-tax profits have widened to GBP204.2m, from GBP77m the year before. Its operating income dropped to GBP236m from GBP307m in the previous the year. The bank increased its spending on projects to improve systems and processes to GBP102m, from GBP69m.

A major cost-cutting programme is said to have reduced the ethical bank’s operating expenses by GBP37.4m, partly by reducing the interest rate paid on customer deposits. This is resulted in an improvement to its margins from 1.2% to 1.32%. The bank also shed excess deposits that it did not need to fund its lending.

According to reports, the Co-Operative bank, which reportedly sold its services based on ethical practices, was recently criticised by financial regulators for misleading investors, but it escaped a GBP120m fine, however, because the regulator said it needed all the money it has to strengthen its balance sheet. The bank has set aside a further GBP10m to compensate customers mis-sold loans and packaged accounts, taking the charge to GBP49m.

Booker was cited as saying that the plan to rebuild the Co-op Bank was on course and that current account closures had stabilised.

He stated: “We must focus on keeping our products simple, continuing to reinforce risk management and systems, strengthening our culture and maintaining our high levels of service. The transformation of the bank remains challenging.

“However, this should not diminish the progress made against our strategic plan. The actions we are taking are creating a resilient bank that can stand alone, distinguished in the marketplace by its values and ethics.”