As preposterous as it may sound, many Industries in the UK are struggling to hire Skilled workers. The situation is “critical” according to the British Chambers of Commerce. But just how critical is it?

In a research it carried out, the British Chambers of Commerce, 71% of businesses in the services sector, about 75% of manufacturing firms are struggling to hire workers with the right skill set. The same applies to Health and social work, Construction, Transport & Communication and other sectors. The situation is dire. 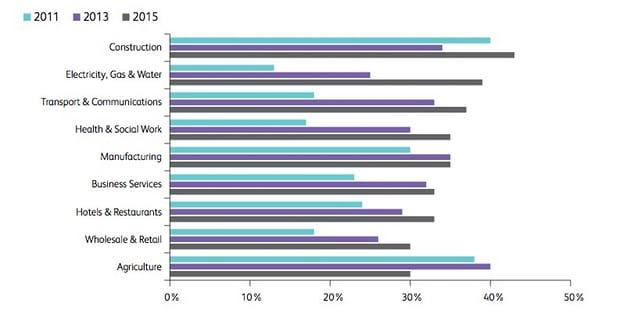 A word that immediately comes to mind for the struggle is Brexit.

Since the EU referendum in 2016, there has been a sharp drop of migration. Thousands of EU citizens are leaving the UK – with their skills – and many thousand more refusing to migrate to the UK, the economy is already suffering a brain drain amid uncertainty over immigration and trade rules. This is even before the full exit has occurred.

Ordinarily this should mean more jobs for British nationals, but when there are no workers with the necessary skills then there will be no one to take them. According to the Local Government Association (LGA), by 2024 there will be more than four million too few highly skilled workers to meet demand, and more than six million too many low skilled.

In the short term, this has ironically meant more cost running. Companies are having to spend longer time and more resources recruiting, with the cost of paying recruitment agencies and hiring temporary staff rising sharply.

Many are also finding that in order to attract the requisite skills, they have to inflate salaries on offer to well above market rate. More than half of employers said that they were unable to find a candidate that met their required skills, and that they were having to rely on further training to get them up to speed, at a increased cost.

Quality and quantity of candidates lacking 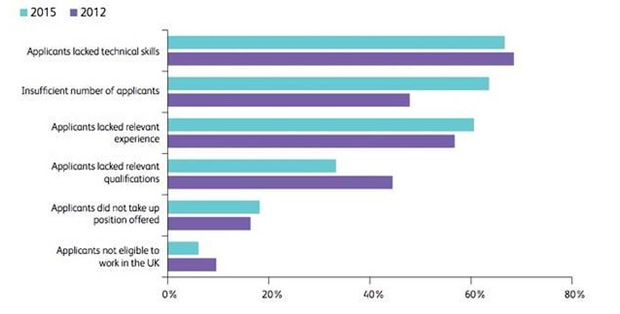 Another Brexit-related reason companies struggle to hire the requisite number of Skilled workers is due to the weakened value of the pound.

Head of economics at the BCC, Suren Thiru, states that “the rising cost of imported raw materials, resulting from the weakness of the pound since the Brexit vote, had also squeezed business spending.” This has resulted in increased running cost for businesses. As a result, they have found it difficult to get the much-needed skilled workers to effectively run their businesses.

What is the way forward?

Brexit as with every transitional procedure is experiencing initial misgivings. However, we cannot fold our arms wait for things to somehow work themselves out. We have to look for solutions.

Director General of BCC, Dr Adam Marshall said: “Business itself must do more, by training and investing wherever possible in people, but Government must also give firms the confidence to put their livelihoods on the line and go for growth.

“This must be the year employers act rather than just complain on skills, and the year Government delivers clarity, leadership and investment in people and infrastructure. Kick-starting growth, and boosting wages and prosperity for all, depends on this.”

While UK wait for the outside world to adjust to Brexit, UK must adjust from within first. Businesses must take it upon themselves to train workers to get the needed skills, or they could outsource to other local companies who specialise in this. Several companies, such as Gabbioneta, are doing this already. With more companies doing same, the gloomy 2024 skilled workers dearth forecast may never fulfil.