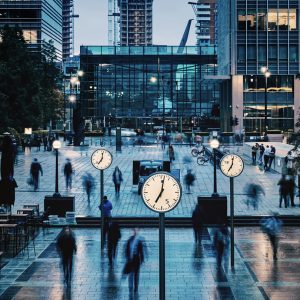 The appetite for financial risk among British businesses has fallen to its lowest level in a decade, according to a survey by accountancy firm Deloitte reported by Reuters.

The survey indicated that investors are deterred by fear of a hard Brexit and increasing US protectionism.

The UK is less than eight weeks away from the supposed date of an exit from the European Union, but the terms on which the exit will take place remain unclear after a transition deal brokered by the Prime Minister was rejected by the House of Commons.

Without a deal, Brexit may proceed without transition arrangements, which leads many to fear severe problems with supply chains and delays at ports.

Deloitte chief economist Ian Stewart said: “Corporates are positioned for the hardest of Brexits, with risk appetite at recessionary levels and an intense focus on cost control.”

Another survey, issued by the Institute of Chartered Accountants in England and Wales (ICAEW) showed a similar sentiment, indicating Q1 growth of just 0.1 percent, the joint-weakest since 2012.

The Deloitte survey found that 78% of the 100 companies taking part said they feared Brexit would damage the economy in the long term, whereas only 10% expected a improvement.