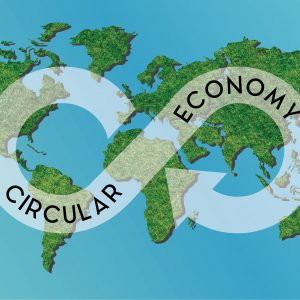 Transforming the UK’s approach to repair, reuse, recycling and remanufacture could create more than 450,000 jobs across the UK, according to a new report.

The Green Alliance found that a new approach to the ‘circular economy’ — where products and resources are kept in use at their highest value for as long as possible — could lead to more than 300,000 new jobs in remanufacturing and 30,000 in repair work within the next 15 years.

A third of the projected total jobs would be in lower skilled occupations where unemployment rates are currently higher, while positions in skilled trades and administrative and procurement roles would also benefit. This could help to replace jobs lost to automation and offshoring, the environmental think tank said.

Supported by investment in skills, infrastructure and innovation, the West Midlands and the North West would see significant growth in remanufacturing jobs, while recycling jobs could help challenge unemployment in Wales, alongside rental and leasing jobs in the South West and remanufacturing jobs in Yorkshire and the Humber, the report suggested. There could be opportunities for product designers in new remanufacturing departments in the North East, and for skilled repairers of machinery and electronics in the East Midlands.

The Green Alliance called for the government to bring in a series of new policies including an ambitious target to halve UK resource use by 2050; to increase consumer demand by zero rating VAT on repairs and refurbishment; and to support workers to move into the circular economy through retraining programmes and career coaching.