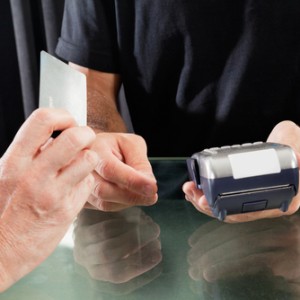 Credit card provider Barclaycard revealed on Thursday that the ‘touch and go’ method of paying for goods is becoming increasingly popular with the older generation in the UK.

Contactless usage is growing among all age groups, but ‘touch and go’ payments by the over 60s have increased by 116% when compared with other age groups in the last year.

According to reports, contactless spending passed the GBP1.5bn mark for the first time in March this year, a significant increase from the GBP1bn per month recorded in November 2015. Barclaycard’s data supports this upward trend in the popularity of contactless and indicates that overall spending has more than doubled in the last year, climbing by 123%.

Spending with contactless cards in Manchester is increasing faster than any other city, with an increase of 247% in the last 12 months. Glasgow ‘touch and go’ payments increased by 243%, while Cardiff and Edinburgh both saw a rise of 206%.

British people love a bargain, which has resulted in discount stores experiencing a roaring contactless trade where contactless transactions surged by 431% in 12 months, more than any other sector. Gift card & novelty stores came second with an increase of 261%, while service stations came third, with contactless spending rising by 245%.

In London, 36% of eligible transactions up to GBP30 are made contactlessly, an increase from just three in ten recorded two years ago. This is said to be as a result of the increase in popularity of contactless travel on the capital city’s tubes, trains and buses.

In addition, Barclaycard’s Android mobile contactless payment app, which was introduced in January this year, continues to rise in popularity, with 13% of users being aged over 50. However, growth of 10% was slower for users under the age of 24. Barclaycard added that the oldest customer registered and using the service is 86. To date, more than GBP600,000 has been spent through Barclays Android service.

“Our data released today shows that the nation’s ‘silver spenders’ are anything but laggards when it comes to adopting new payments technology. Contactless provides a number of benefits – it’s quicker, easier and allows transactions up to GBP30 to be made securely without a PIN – so it’s not surprising that it’s fast becoming a favourite way among the over 60s.

“Whether we’re stocking up on a few essentials on the way home from work, filling the car with fuel, or ordering a round of drinks in a busy bar on a Friday night – every second counts for today’s busy shopper. We expect this upward trend in contactless spending to continue to go from strength to strength throughout the rest of 2016.”