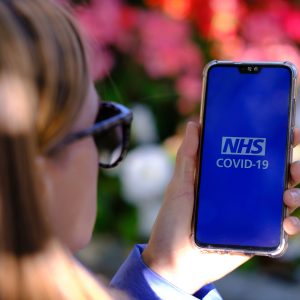 Business groups have urged the UK government to allow fully vaccinated people not to self-isolate after being “pinged” by the NHS Covid app.

Shops, factories and pubs across the country have been forced to reduce their hours or temporarily close due to staff shortages caused by people being informed by NHS Test and Trace that they have come into contact with someone who has tested positive for Covid-19.

Grocery chain Iceland has had to shut some of its stores as 1,000 staff are self-isolating, and pub chain Greene King has closed 33 pubs for the same reason, BBC News reports.

Marks & Spencer has also seen a sharp rise in the number of workers being notified by the NHS app, and said it may have to reduce hours if there are shortages.

Meanwhile, Vauxhall has reduced daily shifts from three to two at its Luton plant because of the number of employees told to self-isolate, and Nissan and Rolls-Royce have warned that staff shortages could affect production.

From 16 August, people who have been fully vaccinated will not have to self-isolate if they are “pinged” by the NHS app. Instead, they will be advised to take PCR test as soon as possible.

Business representatives including the British Retail Consortium and the CBI have said that this change should be brought forward immediately.

“This starts by immediately ending the self-isolation period of 10 days for people who are double-jabbed and providing a route out of isolation for those not yet fully vaccinated through daily lateral flow tests. Against the backdrop of crippling staff shortages, speed is of the essence.”